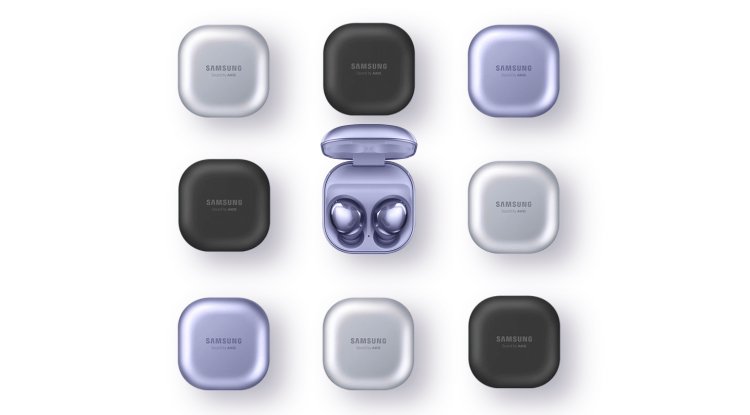 When we look at in-ear headphones, as well as other audio products, it is difficult to determine where the high-end begins and the mid-range offers. At the price, we would say that one should be prepared for such a purchase, but given the amount of technology and far more expensive options on the market, we believe that Samsung brings an attractive offer with the most modern features at a relatively reasonable price.

The headphones are a mixture of Buds Plus and Live models that came before them. They retain a slightly larger design that has standard matte plastic on the inside, while the outside is polished to give a mirror effect, of course in the color of the headphones. Buds Live was the first with noise-canceling technology, and without silicone inserts, external sounds were not passively isolated. The new Pro headphones with good silicone inserts ensure a good fit in every ear thanks to more size options, which takes the new ANC system to a new level for Samsung’s offer.

IPX7 certification guarantees you water resistance and you are safe from sweating and can be washed away. Samsung has put more controls on the headphones than the competition and recognizes one, two and three presses and longer postures that all play a role, while the posture that controls volume by default can be reprogrammed. We must emphasize that the headphones also have some bonus functions that are “unlocked” only if you use Samsung’s ecosystem, such as a 360 ° spatial audio experience. As we have a Samsung handset for test headphones, this feature is automatically turned on. For example, when watching YouTube videos, turning your head constantly keeps the sound in the direction where you leave your phone, which is certainly an interesting feature, but we don’t think you lose much without it.

The body of the Samsung Galaxy Buds Pro headphones looks exactly the same on the outside as the previous model Buds Live had, but inside there is a little more space they used for a bigger battery, and we see a noticeable bulge above the headphones in the box. The headphones light up and connect to the cell phone as soon as you open the box so they are ready once you pick them up and put them in your ears. You can put the headphones on approximately, and the magnets will complete your work and you know they sat down when the light on the case comes on. The case, like the headphones, has a fast charge, so even five minutes gives an hour of listening. The case also has a wireless Qi charge and you can simply put it on the charger.

The headphones have multiple microphones that offer active blocking of ambient noise in deeper tones, such as road, engine, car or bus driving, and other constant sounds. Sudden high-frequency sounds, such as crying or laughing, will pass through isolation without much trouble. And if you don’t have the ANC on for longer battery life, the headphones have a new feature where they recognize when you start talking and automatically mute the music and turn up the microphones so you can have a normal conversation without removing the headphones. The sound that Samsung offers with these headphones will be liked by the vast majority of users because the deep tones are slightly emphasized, and even in the loudest settings they do not “tear” other frequencies in the songs. There is no detailed equalizer, but you can choose from several different settings that will emphasize different frequencies of sound.