AGON by AOC - announces the expansion of its partnership with G2 Esports, one of the most successful and reputable sports organizations in the world. 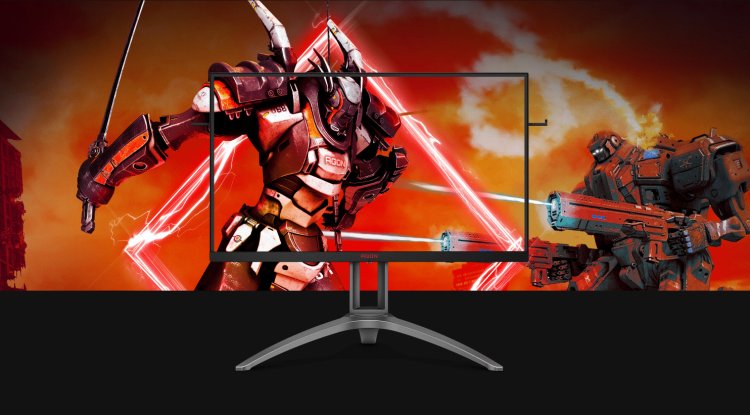 One of the world’s leading gaming monitors and IT gaming equipment - AGON by AOC - announces the expansion of its partnership with G2 Esports, one of the most successful and reputable sports organizations in the world.

The partnership agreement was first signed in January 2018 and continues to this day, this partnership allows G2 Esports teams to train and compete with the most competitive gaming monitors from the AGON PRO line. At the same time, the challenges they face and the valuable contributions shared by sports teams further enhance and influence the development of future AGON by AOC gaming products.

G2 Esports has already established leadership and success in almost all major Esport tournaments, including the League of Legends, CS:GO, Rocket League, Valorant and Rainbow Six Siege. With teams in Sim Racing, Apex Legends, Fortnite and their recently announced list for Halo Infinite, the G2 continues to compete at the highest level in most major game titles. Celebrating the variety in the game and adding extra strength and skill, they previously announced their women’s team G2 Gozen for Valorant.

Recently, G2 Esports successfully entered the entertainment sector and announced its first music release - “Our way” - a power metal song with the founder and CEO of G2, Carlos “ocelote” Rodríguez with Grammy nominated and renowned musicians. Remaining on the edge of innovation, G2 Esports released its first collectibles as NFT, giving fans the opportunity to own truly special pieces of the G2 legacy. G2 has become the largest western eSports organization to create its own PFP NFT project, launching a new gaming community designed to provide instant and real value to gamers.

Today, top AGON PRO models are being developed with feedback and insights from G2 Esports teams and talent. This combined expertise partnership allowed them to introduce the 24.5" Esports model AGON PRO AG254FG, which offers a 360 Hz refresh rate at Full HD resolution with IPS panel and features Nvidia G-SYNC as well as Nvidia Reflex Latency Analyzer so players can measure their exact system latency and ensure that they compete at their best. In addition, AOC has developed the AGON PRO AG274QG (read more about this monitor here), a 27" IPS panel with a refresh rate of 240 Hz at QHD resolution that offers support for Nvidia G-SYNC and HDR 600, combining a fast, competitive experience while remaining true to visual appeal. With “Screen Shields” that eliminate reflections, these gaming monitors are perfectly suitable for use on stage and in real tournaments with bright lights.