Middle-class hardware is sufficient for the original graphics, while the requirements increase significantly for high or ultra graphics. 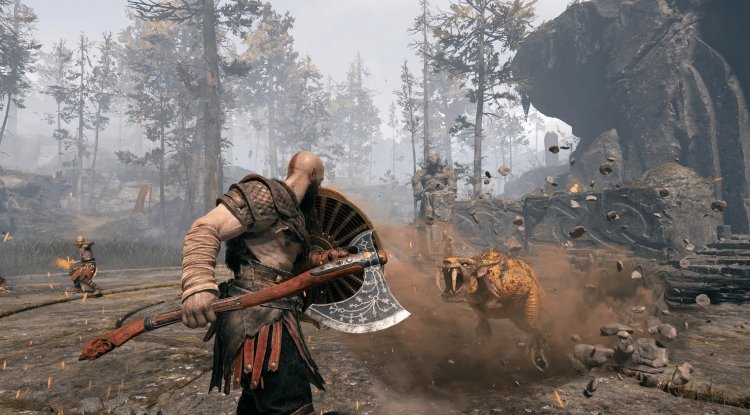 God of War will be released for PC on January 14th, 2022 and now the system requirements are ready to go. Middle-class hardware is sufficient for the original graphics, while the requirements increase significantly for high or ultra graphics.

Which PC features God of War will support when it is released on January 14th, 2022 has already been announced in the last few weeks and months. Also at the start are DLSS and Reflex from Nvidia, FSR from AMD, and PC-exclusive improvements such as higher-resolution shadows, improved screen-space reflections, and improvements to the pipeline for environmental occlusion through Ground Truth Ambient Occlusion (GTAO) and Screen Space Directional Occlusion (SSDO). The only thing missing was the system requirements for the action-adventure - and these have now been set.

God of War PC: You need this hardware

Overall, the developers differentiate between five scenarios, so the recommendations are relatively granular, which is encouraging. In the first three settings, the requirements remain relatively manageable. The absolute minimum for God of War includes a GTX 960 or an R9 290X, a Core i5-2600K or a Ryzen 3 1200 as well as 8 GiB RAM and a 70 GB HDD. Interestingly, even here an SSD is recommended, which speaks for high demands when loading game data. However, if you use this hardware you will not get much, because the minimum requirement is only sufficient for 720p, 30 fps, and low game graphics. You might not want to do that to yourself, because the end result should end up under the graphics for the PS4.

It is noticeable that the CPU requirements regularly mention significantly older Intel CPUs which, from the "high" requirement onwards, also get by with significantly fewer cores than their CPU counterparts. Only the developers know why this is so.