Anyone who has wanted to try Star Citizen now has the opportunity to do so again. From February 17th to 25th there will be the first free fly event of 2022. 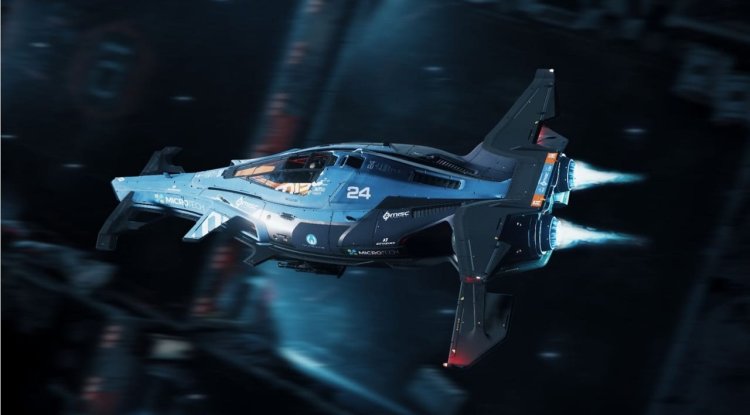 Anyone who has always wanted to try Star Citizen now has the opportunity to do so again. From February 17th to 25th there will be the first free fly event of 2022. The space simulation can be downloaded and played for free during this time. There are five ships to test.

It's time to dive into Chris Roberts' space simulation again. Cloud Imperium Games developers have announced the first free fly event of 2022. The test period runs from February 17th to 25th. During this time, the ambitious space game, which will probably take years to be released, can be downloaded and played for free.

Interested parties who try out Star Citizen during the Free Fly get free access to five ships. These are intended to give a taste of the different playstyles and career paths that await players in a space sim. The ships are the all-rounder Aurora MR, the 100i, which is designed for solo play, and the sturdy transporter Nomad. In addition, there is the Cutlass Black, with which pirates prefer to beat their way through the universe, and the mining ship Prospector.

There will also be discounted starter packs and other perks through February 28th. For example, there are new referral bonuses where both players are rewarded with in-game items. This time there is a Lodestone armor as well as a sniper rifle set.

During the Free Fly, players can also participate in two events. Jumptown 2.0 was released in Alpha 3.16 and is a re-imagining of a player-favorite PvP event. The participants fight on the side of the law enforcement agencies or the criminal factions for valuable drug laboratories in the Stanton system. In addition, there is also the Ninetails Lockdown Event, where the criminal Ninetails gang must lock down a Crusader Security space station. Again, players can choose to side with the security forces or join the Ninetails gang.

In other news, on Steam, a Santa Monica Studio developer announced that God of War on PC will not have an exclusive full-screen mode. Instead, the developers want to rely on the borderless full screen, which they have tested intensively and which is appropriate for their projects.

Anyone who was looking forward to an exclusive full-screen mode for the PC port of God of War will now be disappointed by Sony Santa Monica. A developer from the studio announced on February 17 via Steam that they are not planning an exclusive full-screen mode, but want to go the way of borderless full-screen. This currently delivers most of the things that the company wants to support. This should finally be further improved by means of patches.