'Ted Lasso', the Apple TV + series that broke records at the 2021 Emmy Awards

Fiction has managed to win seven Emmy awards at the 73rd edition of these awards. 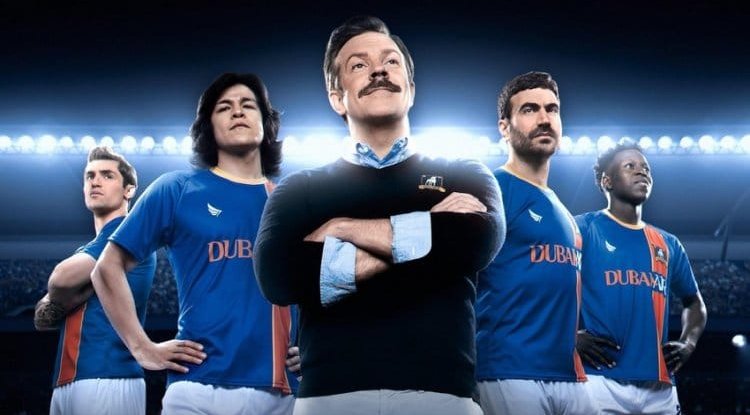 The Ted Lasso series has risen as one of the big winners last night at the Emmy 2021. Fiction has achieved 7 awards, including best comedy, best comedy actor ( Jason Sudeikis ) Best Actress ( Hannah Waddingham ), and an actor ( Brett Goldstein ) cast in comedy. The title has broken records and below we will tell you what is special about the original Apple TV + series.

Created by Jason Sudeikis, Joe Kelly, Brendan Hunt, and Bill Laurence, Ted Lasso was the first series to garner a total of 20 Emmy Award nominations debuting with its first season. In addition, the title has made Apple TV + the first streaming platform to win an award for Best Series in its second year of life. The series obtained a resounding success when it premiered on August 14, 2020, in the online service.

The fiction is based on the real figure of Ted Lasso, an American football coach. In the series, Ted coaches a North American team from a lower division of the NFL, however, he is later signed by the English soccer team AFC Richmond. The managers have heard of his great popularity and his ingenuity and decide that he is the solution to all their problems since the team is experiencing a crisis. In addition to trying to deal with President Rebecca (Hannah Waddingham), Ted will have to adjust to his new life in England and try to convince his players that his bizarre and wacky strategies are the key to success.

At the forefront of this comedy is actor  Jason Sudeikis, who against all odds has landed one of the roles of his life, after starring in different scenes on the Saturday Night Live program or in film comedies such as We're the Millers, along with Jennifer Aniston, or Exhibited. But, if there is one of the roles that stand out equal to or more than that of Sudeikis, it is that of Waddingham, who has managed to win the Emmy for Best Supporting Actress for her role as Rebecca. Also in this category was his co-star Juno Temple.