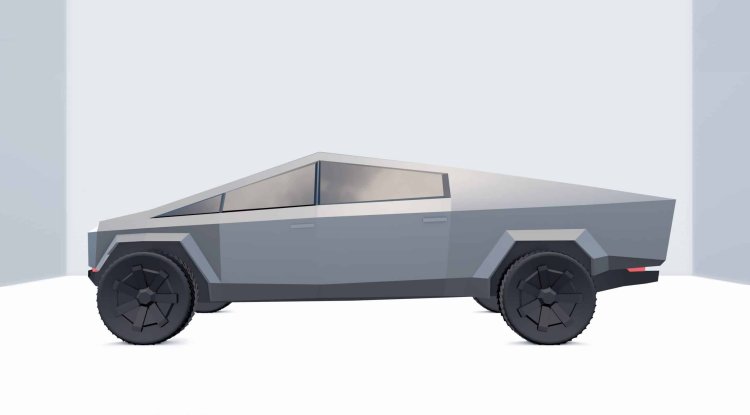 Serial production is still out of sight

No one has done more in popularizing electric cars than Elon Musk with his Tesla brand.

It currently produces cars at a high pace, according to Bloomberg, its home factory in Fremont last year assembled the most cars in the entire United States. However, the company still did not get rid of some problems.

For many years, we have been hearing mainly about the insufficient production quality, which is still the case with the current flagship Model S Plaid. We can see this in the video of one of the owners of the top version of the liftback. In addition, Tesla has long had trouble meeting its news release schedule, which also applies to the expected Cybertruck utility type.

See several changes to the prototype

The world began to denote this designation in November 2019, when it had a spectacular debut concept. In addition to the minimalist design, the Cybertruck impressed with its huge parameters and supposedly unbreakable windows. During the presentation, the glasses cracked, which contributed to a lot of media attention around the premiere.

Since then, there has been more or less silence on the official level of the project. There were several behind-the-scenes reports and photographs of development specimens, which showed minor differences from the vehicle originally presented. The best prototype video has leaked to the Internet these days. Among others, he was noticed by the InsideEVs website, according to which it was founded in the Texas Gigafactory.

According to published footage, the electric pick-up looks smaller than the studio, although the appearance may be misleading in this regard. However, several changes are evident. The outer handles have disappeared from the doors, the vehicle has different wheel discs without aerodynamic covers, classic rear-view mirrors, and a massive front wiper. The bumpers seem to be removable.

Some Tesla rivals are already in production

At the unveiling of Tesla, she declared that she would start production at the end of 2021. Later, she began to inflect the number 2022 as the starting line. Serial production is still out of sight, according to Reuters. The carmaker postponed the start again for the first quarter of next year. Delay plays against Cybertruck. When Tesla originally showed him, his potential opponents were rumored. Today the situation is the opposite. The controversial pick-up from Muska's workshop is still awaited, but several competitors are already on sale and in series production.

Ford began assembling the electric version of the best-selling F-150 last year and announced in early January that it would double its production. This year, it wants to produce 150,000 pick-ups with the Lightning attribute. It plans to start delivering them to customers soon before the Rivian startup gets its R1T model to its first owners in the fall. The GMC Hummer EV, which is due to arrive later this year, is also preparing for the journey. At the end of the next one, the recently introduced Chevrolet Silverado should complete the American game according to current plans, Tesla Cybertruck is to arrive earlier, but another delay cannot be ruled out.