The NHTSA has asked Tesla to recall the beta for full self-driving. The electric car manufacturer has to deactivate a function before the test can continue. 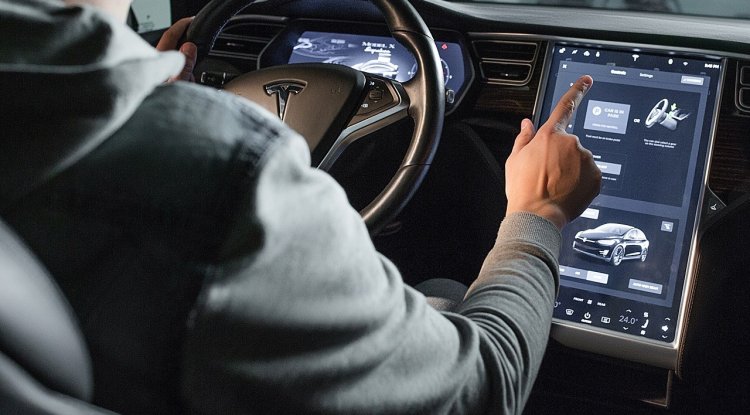 The American traffic safety authority NHTSA has asked Tesla to recall the beta for full self-driving. The electric car manufacturer has to deactivate a function before the test can continue.

Initially, only 1,000 Tesla drivers in the USA were allowed to test Beta 10.2 before there was an update to a newer version. The American traffic authority NHTSA has now switched on and asked Tesla to recall a total of 53,822 electric cars delivered in the USA. The background is the beta test of the autonomous driving mode Full Self-Driving.

According to the NHTSA, there can be a safety hazard when drivers use the beta version of FSD because the Tesla models do not come to a complete stop at certain intersections, even though the signage requires them to do so. Rather, the electric cars slowly roll-on instead of stopping at the stop line, as required by the traffic regulations for a stop sign. According to the American traffic safety authority, Tesla must now deactivate the so-called rolling stop feature, because this slow-rolling at stop points causes drivers to violate applicable traffic rules and endanger themselves and other road users. Although there are different driving profiles to choose from, Tesla is not allowed to offer the rolling stop in any profile. With an update, Tesla will disable the feature.

There is still no vehicle for sale that can be driven completely autonomously. Although prototypes are driving around from various companies, it may still take a while before they are approved. Mercedes-Benz is the first automaker to launch a car that meets the legal requirements of UN-R157 for Level 3 vehicles. With the Driving Pilot, you can drive at a maximum speed of 30 mp/h in traffic jams. The optional extra Driving Pilot is available for the S-Class and the Mercedes EQS electric car.

Although the Bavarian competitor Audi had already presented the A8 with a traffic jam assistant and sold it on the market in 2017, no A8 driver has been able to activate the level 3 system to this day because the approval is missing. The Association of Automotive Engineers SAE has five levels that define what semi-autonomous and autonomous driving is. There are currently no vehicles that support level 5. Not a single manufacturer speaks of Level 5 anymore, as this describes autonomous driving without a control unit, which has to work everywhere and under all environmental conditions. Rather, the prototypes are Level 4 vehicles, since there are always some limitations to be observed - such as the radius of action, speed. Many manufacturers also refer to Level 4 as fully autonomous driving.