The new incarnation of super-fast SSD 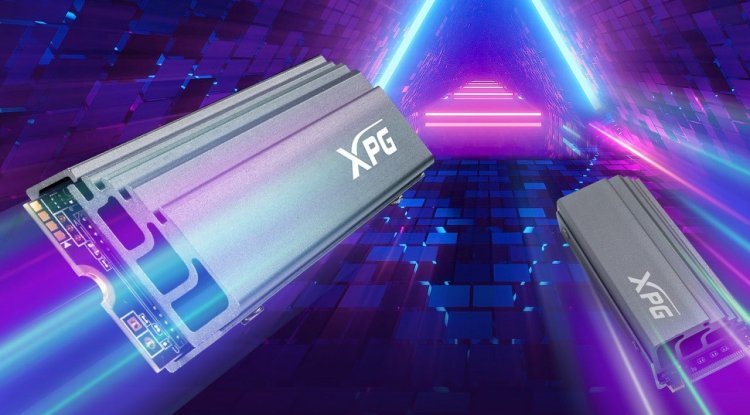 SSD drives for PCI-Express 4.0 are becoming more and more popular among customers - such designs offer great performance and are available at increasingly better prices. Example? For example, the ADATA XPG Gammix S70 model, which in tests surprised us with its great performance, and has recently become much cheaper. This is one of the most interesting models under PCIe 4.0.

However, we come back to the topic, because recently a similar model appeared in ADATA's offer - the XPG Gammix S70 with the note Blade. The manufacturer praises the drive as a good proposition for compact computers, laptops, and PlayStation 5 consoles, i.e. devices where there is not much space for an SSD drive. What changed? Will the new model repeat the success of its predecessor? We were so interested in the medium that we decided to download it from the editorial office and test it in practice.

Currently, the manufacturer's offer includes three series of SSDs for PCI-Express 4.0: XPG Gammix S50 Lite, XPG Gammix S70 and XPG Gammix S70 Blade. Below you will find a comparison of the media specifications:

Interestingly, the new drive is available at significantly higher prices (so far only two capacitive versions are available on the market).

Are you curious if the ADATA XPG S70 Blade drive is really worth the extra charge. Let's check it!

We got the XPG Gammix S70 Blade model with a capacity of 1 TB.

As we mentioned in the introduction, the XPG Gammix S70 Blade is based on the same components as the regular XPG Gammix S70 - the board has an 8-channel Innogrit Rainier IG5236 controller, Micron 3D TLC NAND memory chips (branded ADATA), and the whole thing is supported by 1 GB of memory DDR4 DRAM and dynamically allocated buffer that acts as high-speed SLC NAND memory.

By default, no heat sink is installed on the disk, but due to the amount of generated heat, we strongly recommend that it be mounted under an additional cooling (e.g. in an M.2 slot with a heat sink - such solutions are common on modern PC motherboards).

The manufacturer also took care of the equipment without additional cooling. The set includes a metal plate (to stick), which is to support heat dissipation. It is true that this solution is not as efficient as the large, massive heat sink from the S70 model, but it should not cause problems in devices where there is not much space for an SSD drive (e.g. in laptops and PS5 console).

The manufacturer declares that the S70 Blade carrier offers the same performance as the regular S70 model - sequential transfers are to reach 7400/5500 MB / s, and the number of random operations is 740,000 / 750,000 IOPS (read and write respectively). Theoretically, it should be one of the more efficient models under PCI-Express 4.0.

It is worth mentioning a few words about the strength of the carrier. The manufacturer gives a 5-year warranty on the drive, which has been limited by the quite high  TBW  of 740 TB (with everyday computer use it will be difficult to use this limit - to reach it you need to save 40 TB of data every day for 5 years).