The Redmi Watch 2 was introduced, along with the cheap Redmi Buds 3 Lite TWS headphones

Yesterday’s Redmi event unveiled the new Note 11 phone series, along with the successor to last year’s Redmi Watch, as well as the Lite edition of the Redmi Buds 3 headphones. 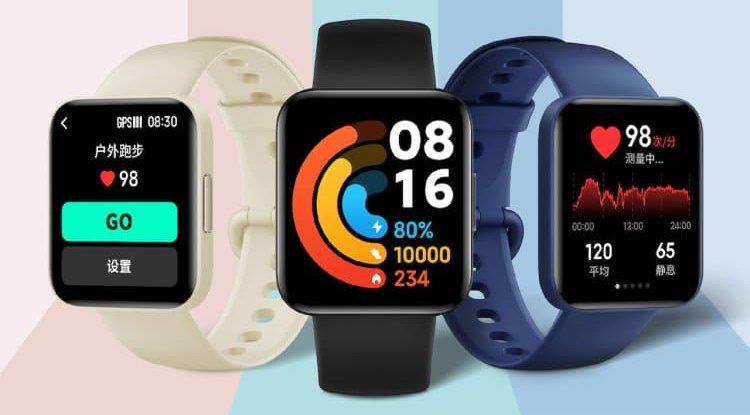 Yesterday’s Redmi event unveiled the new Note 11 phone series, along with the successor to last year’s Redmi Watch, as well as the Lite edition of the Redmi Buds 3 headphones.

Xiaomi has managed to reduce the frame of the watch and add a larger screen - Redmi Watch 2 has a 1.6-inch screen (compared to 1.4 " in its predecessor). Another upgrade is the transition to AMOLED (the old one had an IPS LCD). The screen has become taller and its resolution is now 320 x 360 pixels.

According to GSM Arena, the efficiency has also been improved, so that now the watch can last 12 days with one charge, the original model had to be put into an energy-saving mode to last that long (according to official figures). As before, charging is done using a magnetic connector.

The watch runs the Apollo 3.5 chipset and supports 117 different sports modes, including swimming tracking. The body of the watch is rated at 5 ATM (50m) water resistance. In addition, it comes with the usual sleep monitoring and heart rate monitoring, now a blood oxygen sensor (SpO2).

Despite the larger display and improved battery, the watch itself is lighter - it dropped by four grams to 31 g. Customers can choose between 3 colors for the body of the watch and 6 colors for the strap.

The Redmi Watch 2 is now in pre-sale and will start shipping on November 11th. Its regular price is $62, but the fastest can buy it at a promotional price of $55.

These headphones cost only $16, which is basically half what Buds 3 Pro costs (or as global users know them, AirDots 3 Pro). They have a design called "Cat's ear", which aims to allow them to lie more comfortably and safely in your ears.

The Redmi Buds 3 Lite promises 18 hours of battery life, which is not as impressive as the 28 hours provided by the Pro model. They still charge via USB-C and come with a Bluetooth 5.2 connection, although they don’t have ANC. Buds 3 have basic IP54 water resistance to protect them from rain and sweat.