THIS IS THE MAN WHO CREATED BITCOIN

Ever since Bitcoin was invented, the identity of the man who created it under the pseudonym Satoshi Nakamoto has never been revealed 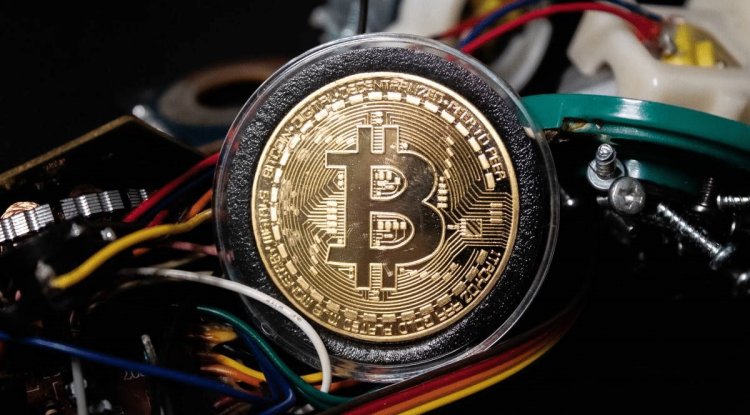 Ever since Bitcoin was invented, the identity of the man who created it under the pseudonym Satoshi Nakamoto has never been revealed, and many individuals have claimed over the years that they are the creator of the most famous cryptocurrency in the world.

One of the people who has been trying to prove for ten years that he is the creator of the Bitcoin cryptocurrency is the fifty-one-year-old Australian programmer Craig Wright. Even if his claims are not true, in his fight for the identity of the pseudonym that set the basic principles of Bitcoin cryptocurrency and its blockchain between 2008 and 2011, Craig Wright gained global popularity, whether positive or negative.

The turning point in the whole story is the recently completed trial between Craig Wright and the representative of his late associate David Kleiman. Namely, in 2016, Craig Wright implied in a famous blog post that he was Satoshi Nakamoto, the man behind the pseudonym responsible for creating Bitcoin cryptocurrency. The suspicion of Wright's claims comes mostly from members of the crypto-community, because none of the early excavated Bitcoin coins, which are supposed to have been excavated by anyone other than Satoshi, have ever moved from the wallet.

The trial between Wright and Kleiman's representative was conducted in the United States, about half of the 1.1 million Bitcoin coins initially excavated and kept by Satoshi Nakamoto, worth about $ 54 billion today. The subject of the dispute was also the part of the intellectual property behind the early blockchain technology.

The prosecutor claimed that Wright, together with Kleiman, created Bitcoin, and that Kleiman's heirs are entitled to half of Satoshi's wealth. Unfortunately, a Miami federal court jury disagreed with these claims and sided with Wright, refusing to award any of the Bitcoin coins to David Kleiman's representatives.

However, Wright received a court order to pay 100 million in compensation for intellectual property infringement owned by W&K Info Defense Research LLC, a joint venture of Wright and Kleiman, so the money will go to the firm, not Kleiman's representatives.

Immediately after the verdict, Wright posted a video post on Twitter in which he said that "this is an extremely good outcome for him and that he feels free from all charges against him."

The Mystery of Satoshi Nakamota

Thirteen years ago, in 2008, at a time when the US financial crisis was hit hard, Satoshi Nakamoto published a so-called "white paper", a nine-page manifesto detailing the vision of Bitcoin's cryptocurrency then called "peer-to-peer electronic cash system", without the interference of any government in this world. A few months later, Nakamoto released software that allowed users to mine Bitcoin cryptocurrencies.

Since there were few users online at the time, Bitcoin coin mining could be done on an average PC, while the verification reward was 50 Bitcoin coins (BTC).

By comparison, it is today 6.25 BTC for several reasons, the first of which is Bitcoin halving. At about every four years, or 210,000 blocks are excavated, the reward for digging up Bitcoin cryptocurrency is reduced by half (halving - halving), in order to reduce the speed of digging new Bitcoin coins.

Nakamoto was active on the crypto scene until 2011 when he abruptly left the project. He sent an email to a fellow developer stating that he would " switch to other things ". Whether it is one person or a group of people, it is believed that the enigmatic creator excavated as many as 1.1 million Bitcoin coins at that time.

If Wright had lost the case in court, if he really was Satoshi, he would have had to transfer half of the coins to Kleiman's heirs. Also, Wright admitted during the trial that he is the owner of the disputed Bitcoin coins and that he will prove it if he wins the trial, as well as that he will donate most of that money to charity.

Whether this is another trick of Wright to attract extra attention to himself or he is really Satoshi Nakamoto, remains to be seen, because the ball is now on his side of the field.