It was a great year, I will never forget it. Maybe breakthrough solutions and devices causing the wow effect were shown as a cure 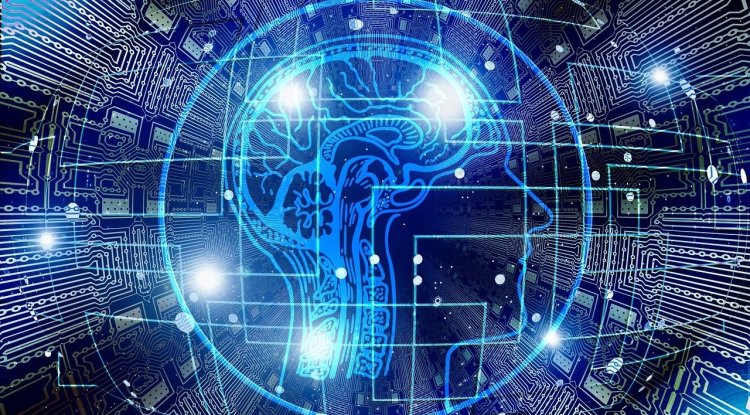 It was a great year, I will never forget it. Maybe breakthrough solutions and devices causing the wow effect were shown as a cure, but there was already laughter from the Uhlan that some and the resulting flops were not lacking. And this is supposedly healthy.

2021 in the tech industry was great. For stragglers.

Before someone enchanted by this year's premieres starts booing, calm down. It is not that the past twelve months have not brought anything interesting.

Meanwhile, however, let's smoothly move on to what in 2021 was looked at with anxiety, disgust, pity, but sometimes with a smile, because there are situations that nothing else remains. The topic has been taken over here very widely, the chance to get into the list had companies about solutions and products that we write every day. There were a lot of reasons for stragglers to become active. And their critical voices were not at all unfounded. Indeed, it seems that sometimes patience was usually lost by understanding and being ready to pay a lot for almost everything with the logo of the brand they liked.

Cheeky jump on the box office from GTA: The Trilogy - The Definitive Edition

The pandemic gave game producers and publishers a good alibi, the avalanche of delays in the awaited premieres was huge. At the same time, there were a lot of hastily released games, which turned out to be a great disappointment. And it also affected the traditional appearance of all sorts of remasters. And yet it should be easier, right? A ready base that only needs to be refreshed, and that’s what everyone thought that Rockstar did.

Did you buy it? You've probably already joined the "never again pre-sale" group. Not only did Rockstar request a high price for this collection, but it did not even try to achieve a minimum of decency. The fight for this year's biggest flop on the gaming market is fierce, but GTA: The Trilogy - The Definitive Edition probably beats even Battlefield 2042 and eFootball 2022. Such an indigestible reheated cutlet was not long ago. The mistakes that are found here could be divided into dozens of games. And optimizations were not taken care of. Patches, apologies and free games for buyers of this bloom? Thank you, I'll get around. Yes. Do not set up for GTA 6 either, because apparently, the work is not going well. It will not appear for a long time, and the appetites now seem to be slightly smaller.

The end of LG's adventure with smartphones

On April 5, it was officially announced that LG was withdrawing from the production and sale of smartphones. I realize that this may be a slightly unexpected item in the whole list. Not everyone cared about such a decision of this manufacturer. To a large extent, it may depend on what associations it has with it.

Well, because it is not difficult to get discrepancies. After experiences, e.g. with the LG V series or most models from the LG G series, you can miss the Koreans. On the other hand, there were exceptions, slightly over-the-top proposals in the form of, for example, modular LG G5. But most brutally LG began to collide with the sector of budget smartphones, there it ceased to have anything to say, completely failed to cope with the pushing competition, mainly with Xiaomi. By the end, it was probably selling only what had been crammed into the operators' offers.

It is not appropriate to accuse LG of stagnation because it had a lot of ideas. Maybe even too much? Not all experiments turned out to be accurate, it was difficult to see any consistency in the offer (at the end, LG Wing and LG Velvet were even more confused). Marketing was also average as if someone still mistakenly thought that the LG brand is strong enough to attract customers.

The end of LG's smartphone adventure has been over for a long time, and barely panting HTC is bringing us closer to the darkness of some visions that apart from Apple and Samsung we will be left with only Chinese proposals. Although apparently Sony has been saved so far, maybe drawing conclusions also from the fate of LG, because in this case the lowest shelf was completely abandoned, focused on several models a year, mainly top ones. And somehow it allows you to survive, recently even earn. What if LG left behind the LG G and LG V series and started adding something from the middle shelf like Sony did 3-4 models a year? I wouldn't despise it. And the finally buried LG Rollable promised to be intriguing, although I am not a fan of folding smartphones and I will not be for a long time.

PC? Apparently, something will also be found

I am aware that there is a trend on the Internet to present yourself as an expert in everything. And although this is not a specialized text, but a light, and subjective enumeration, and it should be even easier, I will not rip on the daily following reading of such players as Intel, AMD, Nvidia, and others, whose components we mount in the PC.

Hardware disappointment of 2021? There could only be one choice - 11th generation Intel Core processors (Rocket Lake-S). As you probably remember, the systems debuted at the end of March and basically did not introduce any revolutionary changes. Not only that! The top unit–Core i9-11900K offered fewer cores than its predecessor (i.e. Core i9-10900K), so in this respect, you can even talk about regression. No wonder the chips were swept away by AMD’s rival Ryzens.
The best thing about history is that the launch of processors has been overshadowed by the 12th generation Core chips (Alder Lake-S), which debuted...barely half a year later (!). Newer have models turned out to be not only much more efficient, but above all more future-oriented, so they inevitably became a more interesting proposition for potential customers, and the old units went into oblivion. Well, I guess even Intel itself did not fully believe in the success of the Rocket Lake-S project.

The worst company of the year goes to Facebook, for lifetime achievement

It is not appropriate to wonder if Facebook has done something wrong this year, but how much of it there has been. Facebook or Meta, although the name change itself seems to be something like foundation and an attempt to divert attention from other issues. In addition, the whole idea of the metaverse promoted at the same time does not reach many. Fortunately. Let Black Mirror remain a good series, not a fortune-teller.

In all these considerations, it is worth remembering that it is not only about the most popular social network but also about many other solutions. Such as WhatsApp, which was mainly talked about in the context of controversial changes in the regulations, which even before the introduction caused a significant outflow of users.

Zuckerberg and the company, however, have recently had even bigger problems, certainly in terms of image. From stupid ideas like Instagram for kids (as if this doesn't hurt adults much) to content censorship and Frances Haugen's allegations. According to the Yahoo Finance plebiscite, it was Facebook (now Meta) that won the title of the worst company of 2021. Congratulations, it's always a statuette.

Apple, because of iPhone 13 and so many other things

Apple, like a good and clever student who knows that catching a few good grades at the beginning, you can later ride on the opinion for a long time. Let's just hope not to overdo what Apple is doing, although fans still swallow everything like a carp fresh bun.

iPhone 13 I still try to understand somehow, although it still does not convince with the advantages. It's not even that it doesn't bring any major changes (I didn't expect a revolution) from its predecessor. Offering a smartphone with 128 GB of memory, a 60 Hz screen, and a battery that can be charged with a maximum power of 23W is nothing more than just riding on the opinion. Buy an iPhone because of 5 years of updates (how many people use one iPhone for so many years?) and a newer processor (although the one from the previous generation is quite enough).

This, however, still pales in comparison to the cleaning cloth for 20 dollars, incompatible with Android. At least it was ridiculous in contrast to the plans to introduce CSAM scanning, that is, scanning photos stored on Apple smartphones and in iCloud. The chaos ensued, because although the idea is right (the fight against pedophilia), the chosen way of acting is highly controversial. As Edward Snowden rightly pointed out, if today they can scan for pornography, tomorrow they will be able to scan for anything. And it's Apple, so supposedly they care about privacy. Today we have backdoors and almost full surveillance, and tomorrow?

5 other technological disappointments this year