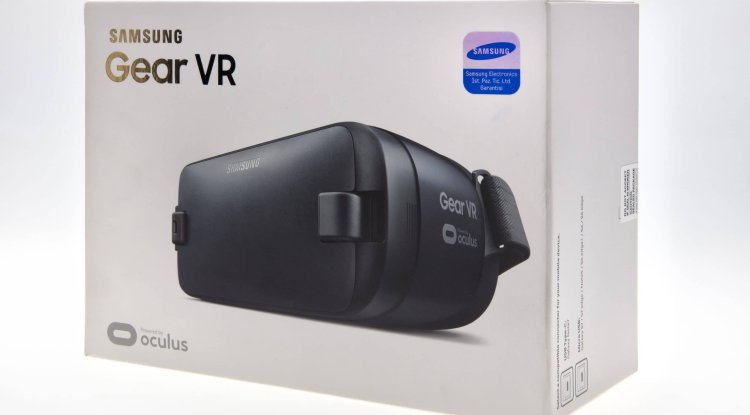 Some overtook time and fell into oblivion just as quickly

Samsung has introduced a number of non-traditional items to the market over the course of its long mobile history. In this article, we will look at an intriguing accessory that was ahead of its time in many ways, but since it was not on the market "at the appropriate time," it ultimately lost its impact.

We can notice an equivalent in the cemetery of previously attractive mobile accessories, much as Samsung has not completed phones with projectors (Galaxy Beam) or interesting smartphones with rotatable cameras (Galaxy A80). We have chosen a couple of mobile phone accessories that could potentially attract customers today, but the market has long since dropped on market.

Samsung released the Gear 360 camera in 2016, but we were blown away by an updated version, the Gear 360 (2017), that hit the market a year later. At the time, it was a one-of-a-kind mobile accessory: a 4K surround camera that was small enough to fit in your pocket. You could snap images "manually" by pressing a button with your hand above your head, or you could set the camera on a tripod.

The Gear 360 stood up well in the palm of your hand because of the circle, and it stood up well on a flat surface thanks to the molded plastics. Two 8.4Mpx cameras (F2.2) were mounted on the body, and the three-dimensional image was "stitched" together.

Working on the creation of glasses with Oculus, which was already owned by Facebook at the time, Samsung had a terrific experience. The phone served as a computer hub, and it was linked to the glasses through a micro USB or USB-C port. The South Korean manufacturer had a big developer community, its own store, and even a separate driver at the conclusion of its life cycle. Alternatively, you might use the side touchpad to control applications and games.

Six VR model types were released, owing to the increased size of the Galaxy S and Galaxy Note phones, which no longer fit in older glasses. For newer generations, snap adapters were available, which offered support for new phones, and there was an active fan or hookup from the outside, which allowed charging the glasses while playing games. The entire Gear VR concept was put on hold following the Galaxy S10 series, at a time when there was a lot of buzz regarding stand-alone VR glasses from Samsung.

The different action experiences followed by unending waits that we could observe year after year at the CES and MWC mobile fairs were confirmation that mobile virtual reality was searching for a fantastic future. Gear VR goggles have even been used to educate anatomy.

Even so, Samsung most likely did not strike at the proper time. The phrase "Gear VR" almost became a "dirty word," and all services were eventually discontinued at the end of 2020. And, we dare to claim, there is no viable successor for the Gear VR ecosystem on smartphones as of yet.

Samsung introduced the TecTiles NFC tags in 2012. They looked wonderful on paper, and the labels could be utilized for automation, phone reading, and the necessary action could be taken. The label might launch an app from your phone, connect to a Wi-Fi network, display text on the screen, modify system settings, open a text input, or dial a number.

Tags can also be used to exchange contact information, websites, or to update your status on Facebook when you load a tag. It was feasible to retain the labels rewritable for home testing, but they were locked, so they ultimately served only one preset duty. You could, for example, glue TecTiles on your business card to rapidly convey your contact information. There were a plethora of options.

The ground collapsed on them as rapidly as the TecTiles arrived. Although Samsung arrived at a time when there was a lot of interest in the labels, it did not hit the pricing. Although TecTiles had more memory for storing commands (up to 1 kB), you could get by with a lot cheaper label with a fraction of the capacity.

In this day and age, who wouldn't want to use a smartphone with a QWERTY keyboard? That is, we are referring to the now-defunct BlackBerry smartphones. However, due to the popularity of Android keyboards, this may emerge from the ashes again this year.

The Keyboard Cover came with a back cover onto which you snapped a little keyboard from the front. The user interface elements were minimized when linked. In other words, the display has shrunk to fit the reduced size and does not show anything beneath the keyboard. From a distance, the phone appeared to be a classic BlackBerry.

If you've used 2Piece Covers for Galaxy phones in the past, you're definitely nostalgic about them now. These were minimalist adhesive covers on the upper and lower rear that debuted with the Galaxy S8. And users were immediately won over by their unusual design and pastel color combinations.

The cover's main advantage was that it did not conceal the color of the back, which could be purple or blue, and reinforced only the most vulnerable areas - the phone's corners. The covers were black, gray, and blue in monochrome. You might, however, combine them.

Since then, Samsung at 2Piece Cover has fallen into disrepair, which is an eternal pity. Even now, they would put on quite a show. They would save the corners of the phone while not covering the rear of the phone. But it doesn't appear that their potential comeback after years…