Update for Age of Empires 4: The first patch is approaching, Microsoft issues a warning

More than two weeks after the release, the first patch for Age of Empires 4 is finally coming. At least critical bugs should be eliminated with it. However, Microsoft warns in advance that Update 1 will affect replays and scores. 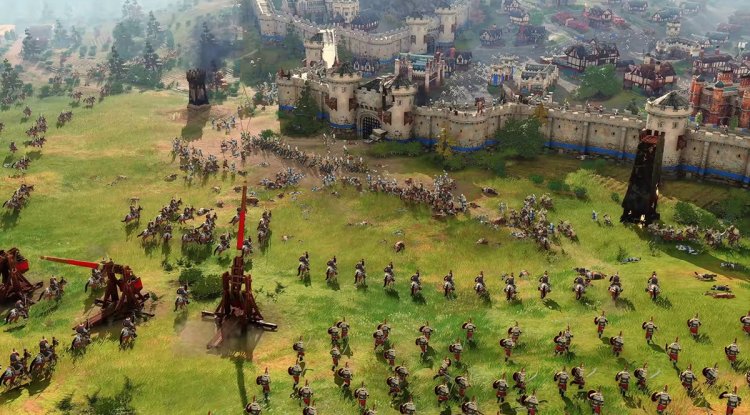 At the beginning of the week, we reported on the fact that ten days after the release of Age of Empires 4 there is still no patch that addresses the existing problems. Now Microsoft is going on the offensive and announcing an update for Monday - but remains mysterious.  Age 4: Patch on Monday  We still need an exact changelog, but at least there is a promise. The new patch is due to be released on Monday and "will focus on some high-profile bugs and a balance issue related to Mongolian city centers". While there are still no precise indications of the bugs, the balance problem has already been discussed. As a reminder, it is known that Mongolian players can place their city center right next to opposing city centers. The "balance problem" should be fixed in a later patch, accordingly, the status is "Fix waiting for update". The rollout will now follow on Monday.  However, Microsoft issued a few warnings in the run-up to the patch. After updating to the new patch, you can no longer use replicas from previous updates. Sometimes saved games are also said to be affected, although Microsoft has "taken additional steps to ensure that the saved games are not affected by this particular update". After all, there is good news in terms of campaign progress and unlocked content: You shouldn't be affected by the patch.  The content of the patch is being discussed in the Age 4 forum. Above all, the balance is criticized - the French are too strong compared to the Chinese and the Delhi Sultanate. Anyone who comes from Age of Empires 2 Definitive Edition will be missing the customizable hotkeys and the visual representation of the global production queue, according to one user. The mini-map is also repeatedly criticized. Whether Microsoft or Relic will be extensively fine-tuning their balancing on Monday is highly doubtful.  By: Olivia J.