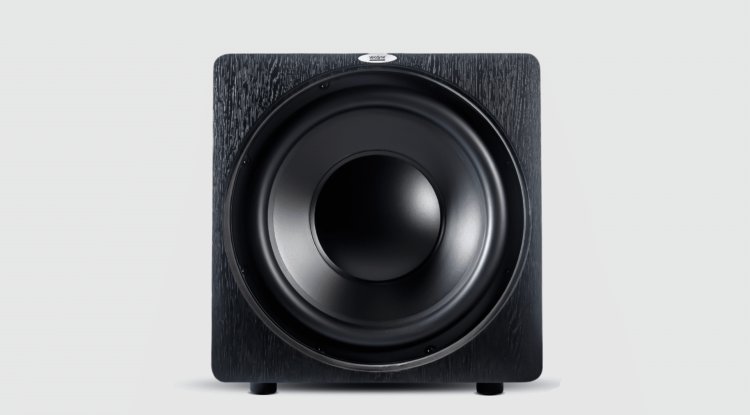 The Velodyne DB-15 is the pinnacle of the Deep Blue series, which debuted earlier this year. The number in the name refers to the inch measurement. The Americans are accompanying him with heavy firepower. The series' high point is a German-American collaboration.

The American subwoofer expert Velodyne Acoustics' latest Deep Blue range is multi-cultural. It arose as a result of the collaboration of a multinational development team based in the United States and Germany. For some time now, the brand has been held by the Hamburg high-end distributor "Audio Reference."

However, the brand's fundamentals remain unchanged as a result of the new ownership. All versions continue to have a closed housing construction. After all, the top aim is to represent music and film sound as accurately as possible.

In comparison to this weighty instrument, the steam hammer under the woofers, the black foiled MDF housing is extremely tiny.

A huge double ferrite magnet is used in the long-excursion woofer. The drive mechanism, which has been developed for maximum performance, employs a four-layer voice coil with an amazing diameter of 7.5 cm.

Of course, this necessitates a significant amount of power. The electronics module on the back can provide 450 watts of sinusoidal power or 1000 watts of peak power. The MDF housing was dimensioned appropriately in order not to give way. The DB-15, at 23 kilos, is about two and a half times the weight of the entry-level model DB-8.

That's no coincidence: with a thickness of 5.2 millimeters, the baffle is nearly evocative of a US Army infantry battle vehicle - in case an action fan with films like "Saving Private Ryan" wants to enjoy his home cinema at the maximum level of 109 decibels observed in the laboratory.

This promises fantastic cinema, but those who start small, such as with a receiver without a preamplifier or subwoofer outputs, will be served as well. Velodyne's DB-15 includes four speaker connections in addition to line-level inputs. This means that it can also be controlled by an amplifier's loudspeaker outputs.

If you want to employ multiple subwoofers, the signal can be routed through an LFE output. Player on a Team Finally, the room modes can be precisely regulated with a subwoofer array. However, in terms of loudness, there should be no desire for increased woofer output in larger rooms.

The DB-15 pushed aggressively into the lower octaves, with the accuracy and kick of a closed subwoofer. The Velodyne, on the other hand, does not need to hide behind most bass reflex subwoofers in terms of substance and strong emphasis - especially not in this price and size category.

Thus, the German-American cube managed to strike a balance between the highest level of melody with perfect timing and the overall heaviness of home cinema with its brute special effects at the low end of the listening range. This even qualifies him as a confident bass accompaniment for established speakers, despite his low wage.

The Velodyne DB-15 is a cheap all-around genius for music and movie fanatics alike.

What does Hi-Res audio bring us?