APU Vs. CPU Vs. GPU - Best for the gaming segment?

From a cost standpoint, you can kill two flies with one blow with an APU, so you have a decent CPU and iGPU in one component. 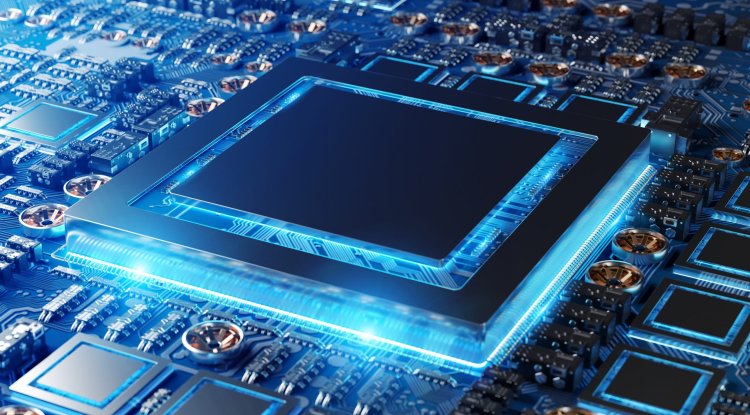 Given the similarities between them, it is common to confuse between APUs and traditional CPU + GPU combinations. This will solve everything about APUs, CPUs and GPUs and help you make the right decision.

What is a CPU?

The CPU, processor or Central Processing Unit, is the most important component of any computer. He runs all programs and performing complex calculations involved in computing. He controls all the other components of the computer and tells them what to do and in what order to perform their tasks. The processor is excellent at handling multiple tasks at once, making it a top master. However, he lacks the ability to perform tasks better than something tailored for him. In particular, the processor itself is not good at rendering graphics, so it is often paired with a dedicated GPU to help it.

While most popular video games rely heavily on a graphics card to run them, a few games and software can run smoothly via the CPU itself. Games like Civilization, Terraria, Minecraft, , they all require CPU and RAM because they do not contain heavy graphics that require resources.But if you’re planning to play middle or AAA titles, only the CPU won’t be able to support them, and that’s where the GPU comes in.

What is a GPU?

Unlike a CPU or processor, which handles multiple minor operations a GPU, Graphical Processing Unit, or GPU performs complex tasks and break them down into small pieces so that it can perform them efficiently. In the world of games, these tasks are mainly related to playing and displaying high-resolution images or rendering 3D models on your screen. But the GPU is capable of much more than that. If you are interested in cryptocurrency mining, video editing, or AI application development, you will need a computer with a powerful GPU to support these tasks.

If you like to play competing video game titles like Apex Legends, COD Warzone, CS: GO, Valorant, you will benefit from a dedicated graphics card. It can provide a high frame rate with no temperature issues during extended gaming or streaming sessions.

What exactly is an APU?

APU, Accelerating Processing Unit, is an innovative product from AMD that combines CPU and GPU elements to deliver the best of both worlds. It is basically a CPU that also has an integrated GPU on the same board.

You may be wondering how the APU differs from the usual Intel processors that come with iGPUs. To be honest, there’s not much difference between AMD APUs and Intel CPUs, and you can coin that as more of a marketing ploy. Instead of selling APUs with their stand-alone processors, AMD created a separate line of its iGPU-equipped processors.

From a design standpoint, the APU is very similar to Intel’s CPU with integrated graphics. Instead of the standard low-quality integrated graphics that Intel offers with its processors, APUs are equipped with AMD’s Vega graphics, which are much more powerful than Intel’s Iris iGPUs.

This reason alone makes them a viable choice for budget versions or when you just want a relaxed gaming experience. If you’re not looking for an upgrade soon while focusing on “casual” gaming, the APU is definitely a worthy choice.

What exactly is the difference

APUs, CPUs, and GPUs are more similar than different. The crucial difference between them is in what they process, their use case, etc. Since APUs are equipped with both CPU and GPU, it is fair to compare APUs with a combination of CPU + GPU.

However, they are still far from the performance that a dedicated CPU + GPU combination can bring to titles like The Witcher 3, Warzone, Red Head Redemption 2, etc.

The intense advantage of the CPU + GPU combination comes at the cost of more power to power the discrete graphics card and its cooling.

However, in a combination of CPU + GPU, it not only offers smooth performance but also allows you to 3D render and edit video and gives you the enjoyment of the most demanding games

What are the best combinations for the gaming segment?

From a cost standpoint, you can kill two flies with one blow with an APU, so you have a decent CPU and iGPU in one component. They can have the advantage of passive savings because they are energy efficient compared to CPU + GPU. The APU is the perfect low-budget option for any game that only needs an initial setup. APUs can run games such as FIFA 21, Battlefield, World of Warcraft. At medium to low settings, at 720p to 1080p resolution and a minimum target FPS of 30, depending on the title.

However, if you see playing AAA titles soon, APUs may not be a viable purchase after all.

However, if you are currently on a small budget, APU is your best choice. And if you ever plan to upgrade your APU-equipped computer to a discrete CPU + GPU setting in the future, you can easily do so without replacing the APU.

Simply pair the APU with a discrete GPU and your CPU will smartly switch between both graphics cards, depending on the task, to ensure efficient performance.

When does the combination of CPU and GPU make more sense?

No matter how cost-effective or efficient, APUs simply don’t have enough power to withstand neck and neck with a discrete combination of CPU + GPU. Because discrete graphics cards have no space constraints like APUs, they are packed with trillions of transistors that can handle multiple operations parallelly.

Separate memory graphics cards also have their own RAM known as random access video memory, which significantly runs the entire graphics, rendering workflow and results in smooth performance. It can be said with certainty that the combination of CPU + GPU is the perfect choice for stubborn gamers who deal with tasks that require a lot of visual memory, etc. This combination is ideal for games that require at least 60 FPS or more to provide the best experience.

The best APU units for the gaming segment

Currently, AMD offers three series of APUs: The best combinations of CPU and GPU units for the gaming segment

If you want to maximize the quality of your gaming adventures and have a reasonable investment budget, it is best to get a CPU + GPU combination that offers speed and optimality. It is very important to choose the right GPU that syncs with your CPU. Some of the best options on the market are:

Which is more important for the gaming segment on Windows computers: CPU or GPU?

Both components are equally important for running games at optimal settings. If your computer has an old CPU, it can be a bottleneck to your GPU. Similarly, if you have one of the latest CPUs but use an older graphics card, you may not get the best performance out of your setup. However, with prioritizing purchases, it’s best to upgrade your graphics card first.