What is a VPN, who uses it and for what? 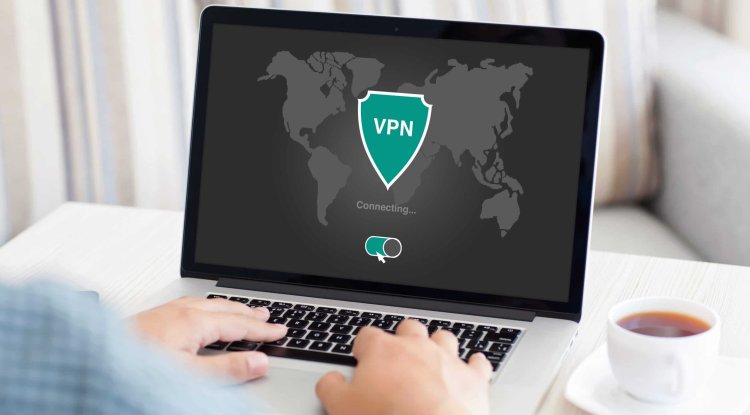 In addition to the Internet, the world's most famous public service, we use global infrastructure for other purposes. The Internet is just one of many services (protocols), although the most famous, through the global network infrastructure we can use other services, including VPN. Below we will explain what a VPN is, who uses it, and for what? In addition to corporate use, VPN is an increasingly interesting service for small users, individuals who want to browse content without restriction. VPN or Virtual Private Network is a network that uses publicly available wires (cables), which we use for the Internet. The essence of VPN infrastructure is to create an internal network consisting of users in remote locations. By using public infrastructure, data flow is publicly exposed, but with the protocols used in VPNs, they are protected and there is no fear of users being exposed. Thus, VPN is a protective point between users and all publicly available Internet services.

The three basic features of a VPN - privacy, security, and encryption

A VPN secures a private network, using encryption and other security features, to achieve user authentication on that network. Various security mechanisms ensure that only authorized users can access the network and network resources. In addition, the security of the VPN infrastructure has been tailored to prevent any interception of data circulating in public parts of the network.

This type of network is designed to achieve security, and encryption of tunnels through which data circulates between users of a VPN node.

Information exchanged between two locations, through a tunnel that uses encryption, cannot be decrypted outside the VPN system. VPN uses multiple elements of data protection, to keep confidential information within the infrastructure of the company that leased the VPN, or groups of users who share this technology.

The first level of VPN protection is a firewall between the client and the host server. This requires the remote user to establish an authorized connection to the firewall. Encryption is an important component of security, which works by encrypting data sent from a single computer so that only the computer to which the data was sent can understand (decrypt) it. In addition to encryption, the complete design of the VPN network is designed to provide maximum security to users.

The main ones are the 3 network protocols used within the VPN. The protocols are not compatible with each other, but in combination, they make the VPN what it is today. IPSec - a set of protocols developed by the IETF for secure data packet exchange at the IP network level. IPsec is an integral part of VPN, and this technology supports two encryption models: transport and tunnel. PPTP - Point-To-Point tunnel protocol is another technology specific to work in a VPN environment. It was developed at Microsoft, in collaboration with US Robotic and some other companies we know today by the common name PPTP Forum. L2TP - Layer 2 Tunneling Protocol is an add-on to the PPP protocol that gives ISPs the ability to manage VPNs.

Today, VPNs are used by companies but also by individual users

We will mention some needs when a user needs a VPN service. Before that, we will write when companies decide to use VPN, what are the advantages of that network and how it is used.

Individual or private users take VPN, a service better known as VPN tunnel, to protect their online activities and identity. By using an anonymous VPN service, the user's internet traffic and the data sent and received remain encrypted and protected from view from other internet services that may otherwise monitor such traffic and activities.

VPN services are especially useful when you rely on Internet access through public Wi-Fi access points because we cannot rely on the security of each of them. In addition, a private VPN connection provides the user with access to content that is otherwise censored in an area and also prevents the theft of sensitive data.

Companies and organizations use VPNs for private and confidential communication through public internet infrastructure. It is possible to send audio, video, or data packets via VPN, without fear of such packets ending up in the wrong places. Larger companies that have offices in a wider geographical area often use VPN, through which they connect several local networks into one business unit. Data sent between remote offices remains protected and business communication remains within the company.

Situations when it is good to use a VPN

Users can use a VPN to hide their public IP address and the location from which they connect. Today, there are many VPN services that provide such services, so the user can choose the locations from which to connect: Asia, Europe, Australia, Africa, South, and North America.

If you need to encrypt communication, VPN is a service that allows it. VPN services use an encrypted protocol that further ensures the flow of information, data, and content traveling through public infrastructure. Connecting to public Wi-Fi access points is much more secure if you use a VPN. We mean Wi-Fi connections for connecting in airports, bars, and the like. With a VPN, you don't have to worry about the security of emails, photos, access to banking services, and typing passwords. Sensitive data is secure when using a VPN.

VPN brings much higher speeds than ISPs. If you want to watch high-definition video content, you can choose a VPN service for the best data transfer speed. ISP's scale speeds depend on the leased user package, but a VPN can provide higher speeds and bandwidth that is higher than the one you leased. Try the options and decide how much one of the many VPN services pays off.

You can easily access content even though it is censored at your current location. Censorship on Facebook, Twitter, Skype, and similar services is not unknown nowadays, and to access content that is disabled in your region for some reason, use the VPN service. Using a VPN, you can choose which server to deliver your IP address to, and thus have access to content that is otherwise blocked.

Don't let them spy on you

Avoid imposed ad units. By hiding its actual IP address, which is assigned by location, VPN will not allow ad units to deliver ads, often at higher prices that are targeted by geolocation. You can still see the ads, but they are more realistic, with prices, not "inflated" according to your IP address or search habits.