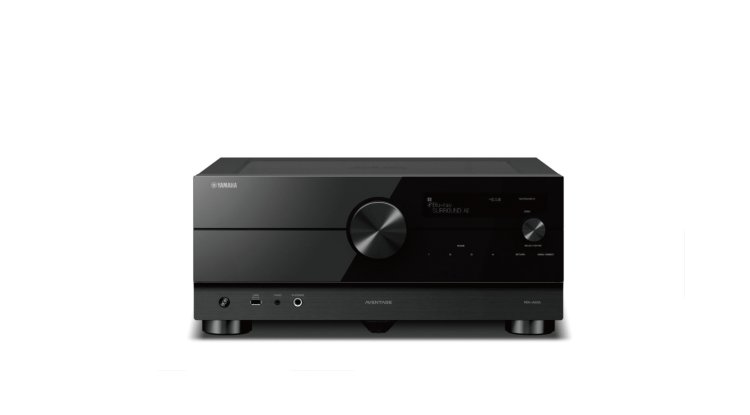 Yamaha was also harmed by the company's failure to enter the HDMI 2.1 era. However, waiting did not help, as the latest top models in the Aventage series are still experiencing teething problems with regard to the maximum data rate.

It also specified the automatic switching of latency (ALLM). The requirement for a maximum data throughput of 48 gigabits per second explains why the new standard has not been widely adopted. The HDMI interface was initially designed for full HD films with a maximum frame rate of 60 frames per second and audio tracks with a maximum of eight sound channels in conventional CD resolution when it was first introduced.

This equates to a data transfer rate of roughly 4 gigabits per second. With the new HDMI specification version 2.1, the interface must now handle twelve times the data volume it did previously. This necessitates the use of far more powerful hardware.

The year 2019 came and went with no changes in AV receivers in terms of HDMI 2.1. Even in 2020, not even the major TV makers had fully implemented HDMI 2.1 functionality in their products. For a long time, only individual special functions such as the extended audio return channel were accessible.

The transmission of large video data rates, on the other hand, clearly offered more hurdles for the semiconductor sector. When the first HDMI 2.1 AV receivers hit the market in mid-2020, reports of issues when the maximum data rate was reached began to mount up quickly. This means that the devices could not manage the extremely data-intensive transmission of video signals in 4K with 120 Hz or 8K with 60 Hz and full-color resolution, as specified by the standard.

A malfunctioning HDMI 2.1 chip from a supplier was cited as the cause. Denon and Yamaha, who had been competing head-to-head for the first HDMI 2.1-compatible AV receiver until the bitter end, were both smacked equally. Aside from that, the original generation of these HDMI 2.1 chips was only meant to support data speeds ranging from 24 to 40 gigabits per second, depending on the variation. Even if the error had not occurred, the devices were unable to process the required maximum data rate of 48 gigabits per second.

However, such a major hardware issue cannot be readily resolved and necessitates the replacement of the damaged chips or the complete HDMI area. While Denon has responded with the somewhat unappealing SPK618 converter box and the new 8K switch AVS-3, Yamaha remains cautious. Last year, it was prudent to avoid mentioning the HDMI 2.1 topic in the V series' simpler models.

Instead, a "firmware update" was promised in a footnote, with which missing capabilities such as HDR10+, 8K/60 Hz, and 4K/120 Hz, as well as "specific gaming functions," should be retrofitted, but then buyers were left in the dark for an extended period of time. Only recently was a free upgrade program for the affected models (RX-V4A and RX-V6A, RX-A2A, TSR-400, and TSR-700) revealed, which includes replacing the HDMI board. Even with the new Aventage models, the picture isn't completely clear.

Yamaha is believed to have employed second-generation HDMI2.1 chips in this model, although the critical capabilities should only be available following a "firmware upgrade." It has not yet been determined whether a software update is sufficient or whether the circuit board must be replaced again.

Perhaps it is best not to overestimate the subject. In reality, AV receivers have long since lost their traditional role as a universal control center in the living room. If you want the best quality and the least amount of latency, connect your picture sources directly to the TV. The AV receiver is only important in home cinema because most projectors today only offer a few connection choices.

So, rather than focusing on irrelevant peripherals like maximum data rates, it is advisable to focus on the fundamental functions of a multi-channel amplifier, which primarily consists of processing and amplifying audio signals of all types, including multi-channel and stereo. Yamaha has improved the new Aventage models in this area. In terms of price and specifications, the new RX-A6A replaces the previous flagship RX-A3080, which had an 11.2-channel CPU and nine amplifier channels.

Yamaha has now launched the RX-A8A, a 1000 $ more expensive model that is substantially similar to the A6A but includes eleven amplifier channels. Aside from the new design, which includes central volume control, a discreet display, and touch-sensitive controls, the case has undergone a few mechanical modifications on the inside.

The front panel and the proven cross bracing are more stable, and the Yamaha fifth stand has been moved to support the housing in the front area, where the hefty transformer is also housed. The transformer and the two symmetrically designed amplifier parts are also supported by a double housing foundation, which is intended to reduce mechanical resonances even further.

In terms of audio, Yamaha currently employs high-slew-rate amplifiers for power amplifiers, i.e. power amplifiers with a quick rise time. The new amplifier blocks are reported to be on par with Yamaha's huge MX-A5200 multi-channel power amp, with a similarly interesting amount of detail. This is represented in the measurement data as a change in distortion behavior, with the low-order distortion components now much greater yet graded more neatly.

Additionally, because no protective circuit is active, the RX-A6A outperforms the RX-A3080 in terms of signal-to-noise ratios and output power at low impedances. It must, nevertheless, contend with complex loads. In the newest models, Yamaha has significantly boosted the processing power of the preamp. The heart of the signal processing is formed by Qualcomm's QCS407, a powerful 64-bit processor with four cores.

The RX-A6A, like its predecessor, employs ESS Technology's high-quality 32-bit converters, which process audio data at resolutions of 32-bit/384 kHz in PCM and 11.2 MHz in DSD. This means that the gadget has a lot more room for new DSP gimmicks, which Yamaha is known for.

This contains not just the adaptive sound optimization Surround: AI, but also the newly integrated height channel simulation for Dolby Atmos. The processing of Auro 3D, including the much-lauded upmixer, will be included in the near future via an update, propelling the new Yamaha receivers to the top of their class, particularly in terms of 3D processing.