Zen 4 with a third of the Steam Deck performance?

Ryzen 7000 should get an integrated graphics unit and technical data are now making the rounds and it would be a third of the performance of the Steam Deck. 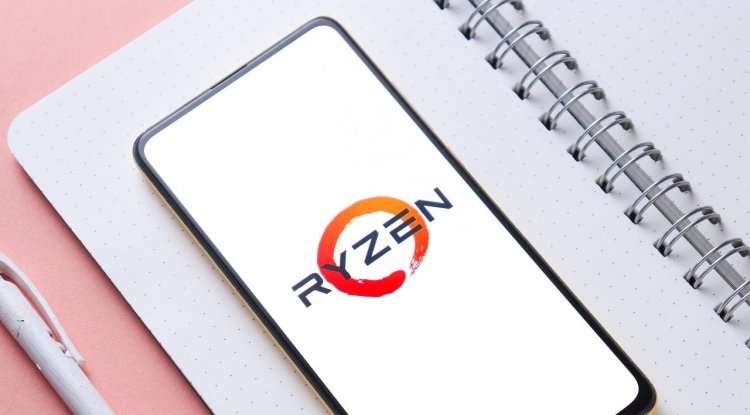 Ryzen 7000 should get an integrated graphics unit and technical data are now making the rounds. It would therefore have about a third of the performance of the Steam Deck. In the end, it's all about offering a counterpart to Intel and not leaving the field to the competitor without a fight.

With Raphael or Ryzen 7000, AMD is changing its strategy and, according to rumor mills, is offering integrated graphics units for desktop processors for the first time. They will probably be implemented directly as an RDNA 2 chip and should therefore be basically quite fast. It is assumed that AMD has 2 so-called workgroups built into the IGP chips, with a total of 4 compute units. At AMD, a unit currently consists of 64 FP32 shaders and 4 texture units. A Ryzen 7000 would therefore have 256 shaders, which are said to be clocked at up to 1.1 GHz. That's about a third of what the Steam Deck can do.

It doesn't really need much more, because the IGPs are hardly intended for intensive gaming. Rather, AMD is somewhat under pressure here from Intel, which almost always has an IGP on board. Even with the CPUs, it's there, but disabled and potentially defective. Intel can sell these CPUs in-office systems without much effort, which AMD was recently only able to do with the APUs. You simply have a disadvantage in this volume market.

The IGP is sometimes helpful even for gaming researchers since the system can still be used fundamentally even if the graphics card is defective. And Intel intends to go even further when the dedicated graphics cards are available and include the IGP in the tasks for the dedicated chip. It's unclear at the moment, but it can be assumed that Raphael will also have stronger IGPs, for example for notebooks without a dedicated graphics unit, where the chip potentially has to be able to do a little more.

Zen 4 comes with support for DDR5 and PCI Express 5.0, which also entails a socket change to LGA1718/AM5. Due to the changes, the package changes to 37.5 x 45 millimeters. However, the base will be compatible with AM4 when installing coolers. AMD showed a CPU in January that offers DDR5-4800 and 5 GHz. With RAMP, the CPUs probably also offer a counterpart to Intel's XMP.

Since the mobile CPUs are supposed to have up to 16 cores, it is assumed that AMD can monolithically realize that number and also combine chiplets again. The pressure in the mainstream segment beyond 16 cores is still manageable at the moment. It is questionable whether the APUs will return once the Ryzen 7000 now has an integrated graphics unit in its entirety. It would be possible to offer monolithic chips with a stronger IGP that are suitable for small computers such as HTPCs.