Last night, the vast majority of cryptocurrencies lost significantly in value. In just 12 hours, the value of bitcoin rose by about 4%, then fell by almost 10%. 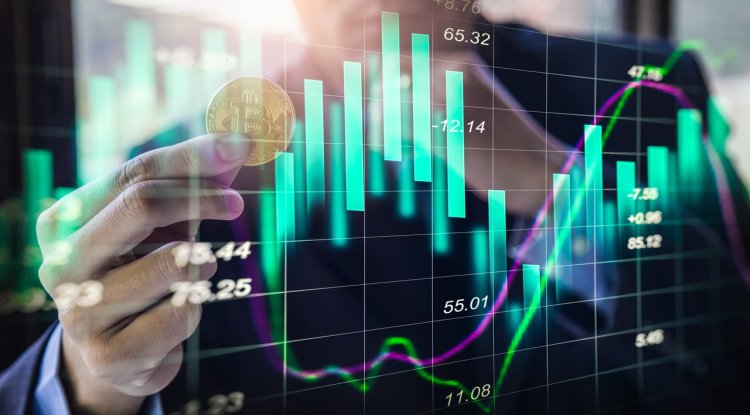 Last night, the vast majority of cryptocurrencies lost significantly in value. In just 12 hours, the value of bitcoin rose by about 4%, then fell by almost 10%, dragging the entire market behind

Another bad day in the world of cryptocurrencies, this time for no overly prominent reason. Several economic indicators coincided so that they indicated a possible negative development of the situation, so in markets where optimism is quite unstable, a big sale began.

Bitcoin has been particularly volatile over the past day, so in just 12 hours it first recorded a jump in the value of about 4%, followed by a decline of almost 10%. In the end, the total decline in 24 hours was over 8% for the price of bitcoin, while the entire global cryptocurrency market "sank" by 7.5% - overnight, therefore, it lost in value at almost $ 150 billion.

Currently, the global crypto market, according to CoinMarketCap, is worth $ 1.84 trillion. At its peak, in early November last year, that value was $ 3 trillion.

If we look only at bitcoin as the largest cryptocurrency, its value also peaked in November, when it reached $ 69,000. Until yesterday, it amounted to about 43 thousand, and during the last night it dropped to just over 38 thousand dollars - that is, to a level, it has not been at since August 2021.

Altcoins did not fare any better either: Etherium lost 12% in value, and among the biggest, the most prominent winner was Dogecoin with a price drop of over 20%.

Apart from economic indicators and investors' concerns about the uncertain course of the pandemic, the negative sentiment of trading was probably influenced by the news about the hacking of the Crypto.com platform. This week, they hacked 483 client accounts with a hacker attack, from which the attackers tried to steal a total of $ 34 million. The Singapore company claims that it stopped the attack, that is, that none of their clients were left without their role.

Almost at the same time, Russia announced that the central bank there would propose to the government a complete ban on the use and mining of cryptocurrencies throughout the country. They cite threats to financial stability, the well-being of citizens, and the monetary sovereignty of the Russian Federation as reasons.

The Central Bank of the Russian Federation believes that the majority of demand for cryptocurrencies is speculative in nature and that the market has the properties of a pyramid scheme. Their ban would cover not only trading and paying for cryptocurrencies, but also the operation of exchange offices and cryptocurrency mining, which they point out creates problems in electricity supply. The best solution to all these problems is a total ban, they say.