A brief history of the legendary game console

Do you know who played a key role in designing the first PlayStation console, which is the PlayStation best-selling gaming console of all time? 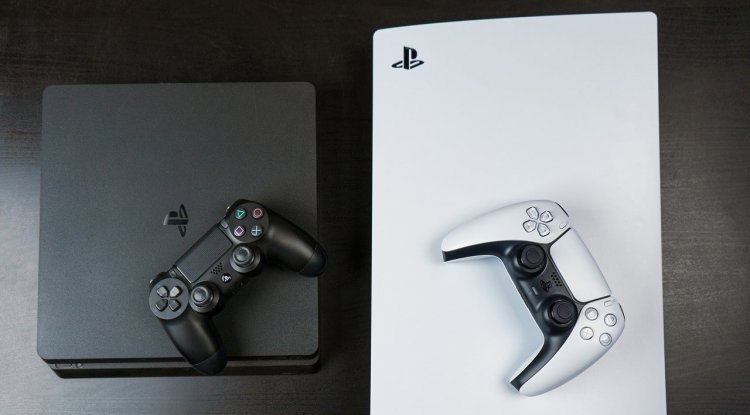 Do you know who played a key role in designing the first PlayStation console, which is the PlayStation best-selling gaming console of all time, and which model unexpectedly failed? The answers to these questions are just some of the many interesting facts from the turbulent history of the legendary console that await you below.

Find out who the father of the PlayStation 1 is

In the early 1990s, Sony was just thinking about entering the gaming industry. The leading players at the time were Nintendo and Sega, and Sony was to collaborate on their upcoming projects.

However, after Sega gave up due to Sony's lack of experience in developing game consoles, and Nintendo decided at the last minute to cooperate with Philips, Sony's development team had no choice but to design its own console.

Sony's development team was led by Ken Kutaragi, now known as the "father of the PlayStation console". Kutaragi was a kind of outlaw who often opposed Sony's business decisions, but it was he who motivated Sony to build his own console after the Nintendo fiasco.

The first PlayStation saw the light of day in 1994. 3D graphics, a CD reader, a rich video game library and a lower price than the competition have helped make the PlayStation the most popular name in the world of video games and have held the title for almost three decades.

Crash Bandicoot, Final Fantasy, Tomb Raider, Resident Evil, Gran Turismo, Grand Theft Auto, and Mortal Kombat are some of the legendary games you could play on the first PlayStation console.

The PlayStation 2 broke all records

Nothing seemed to surpass the success of Sony’s console, but that soon proved inaccurate. In 2000, Sony introduced the PlayStation 2, which with 155 million units sold to date holds the record for the best-selling gaming console of all time.

In addition to having a powerful processor and graphics card, the PlayStation 2 was also the first game console with a DVD reader and a USB port. Players had a library of over 2,000 video games at their disposal, and the new console was also compatible with PS1 games.

Popular video game titles that marked the second generation of the PlayStation console are Kingdom Hearts, God Of War, Jak and Daxter, Ratchet and Clank, and Guitar Hero.

PlayStation 3 as Sony's most ambitious project

In 2005, Sony's most ambitious project to date was unveiled.

The PlayStation 3 was powered by Sony’s own processor created in collaboration with Toshiba and IBM, while the graphics card bore Nvidia’s signature.

Thanks to HDMI, the console played HD content, had a USB port and WiFi support, was compatible with games for PS1 and PS2, and was also the first console ever with a Blu-ray reader and the first PlayStation console with a wireless controller.

However, HDMI and USB ports, the ability to connect to the Internet, and even 60 GB of storage were only available on the more expensive version of the console. As much as 599 US dollars had to be set aside for it, which caused great discontent among the fans and resulted in poor sales.

That was not the only problem. Advanced hardware and complicated architecture have been too much for many video game makers, making the PS3 game catalog very stingy at first. But over time, the situation improved and we were introduced to legendary titles like The Last of Us, Uncharted, and Red Dead Redemption.

Over the next few years, Sony introduced several modifications to reduce the price of the PS3 console, and this, unfortunately, led to the abolition of support for PS1 and PS2 games.

The PlayStation 4 arrived at an affordable price

By 2013, Sony had learned its lesson. The PlayStation 4 was released at an affordable price and with hardware very similar to the competition, but with better graphics and faster RAM.

Three years later, the compact PS4 Slim and the PS4 Pro came on sale with much faster processor clock speeds, much more impressive graphics, and 4K support. Players with an adventurous spirit and deeper pockets could buy a PS VR headset and enjoy virtual reality.

The new era of PlayStation game consoles began in 2020. Superior hardware, impressive 4K graphics, extremely fast game loading time, the best controller so far and support for PS4 games are just some of the reasons why you should buy a PlayStation 5 .

There are two versions of the PS5 console - the base model has a Blu-Ray disc reader, while the other version of the console does not have a physical disk drive, so games can only be run in digital format.

The PlayStation 5 has just hit store shelves, but it’s exciting to imagine what revolutionary innovations the upcoming PlayStation consoles will bring. Judging by the innovations of the last thirty years, new and old generations of video game lovers are waiting for unforgettable adventures.