AMD CEO Dr. Lisa Su says the chip shortage won't end in 2022. Efforts are being made to improve things because that would also basically be sales. 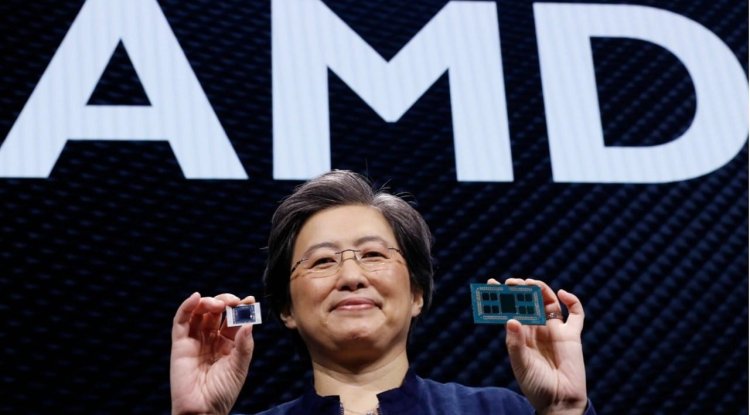 AMD CEO Dr. Lisa Su says the chip shortage won't end in 2022. Efforts are being made to improve things because that would also basically be sales, but not all problems can be solved easily.

The tense situation in the semiconductor division will not change any time soon. This is emphasized once again by AMD CEO Dr.  Lisa Su dampening expectations. Despite investments, there is no quick relaxation insight.

"Huge investments are being made throughout the semiconductor industry, whether it's on the wafer side, substrates or back-end equipment. So we're making progress. I think the first half of this year will continue to be quite tight. But in the second half of the year I think things will get a little better."

Several forces are currently working on the market to ensure that the situation is tense. As a result, there are hardly any stocks that can be used - in 2019 you could still bridge 40 days with stock goods, now it's 5 days. The more a company depends on suppliers, the more difficult the situation becomes. AMD can only continue to work closely with TSMC and influence its suppliers. Intel was in a slightly better position thanks to its own production, but it also suffers from a lack of starting products that are obtained from third parties.

While there is a lot of money available for capacity expansion, money doesn't always solve all problems. At the moment, anyone who orders exposure equipment from ASML can only take a number and stand in line. According to Yahoo data, from 2019 to 2021 the demand for semiconductors increased by 17 percent and this capacity has to be found without any problems. The reasonably relaxed situation on the NAND market was quickly turned around when materials were contaminated at Toshiba's subsidiary Kioxia. It is estimated that 6.5 exabytes of memory are missing from the market.

Lisa Su is not alone in her assessment that the situation in the semiconductor industry will remain tense. Colleagues from the direct competition also see it that way, as do other industry participants. And for the customer, the awakening could still follow: According to rumors, Nvidia is said to have opened the money case for a wafer agreement with TSMC particularly wide. If that is true, it will also be reflected in the price of the products. Even Intel is dependent on TSMC for certain products, such as the announced graphics chips, which it makes sense to have manufactured using an established process.