AMD is obviously tired of hearing constant complaints about how Intel Core is faster in some games. They decided to put an end to it and by rolling out the Zen 3. 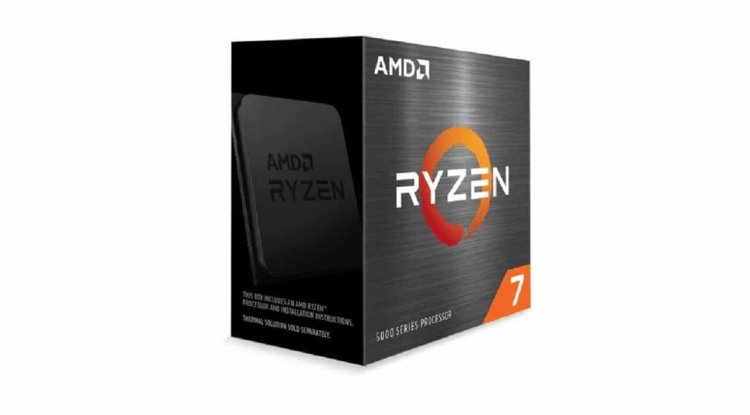 AMD is obviously tired of hearing constant complaints about how Intel Core is faster in some games. They decided to put an end to it and by rolling out the Zen 3 generation Vermeer processor ended that story once and for all. The new Ryzen processors dominate absolutely every area of ​​work and gaming, in a word, it is the best PC desktop processor of today - without the slightest doubt!

It's been almost a decade since the first 8-core AMD Bulldozer processor appeared. The chip from when practically everything started. We've had a lot of controversy about AMD's courage to introduce a desktop processor like this, but anyone who wanted to see the potential for progress knew that AMD was paving the way in the right direction, even though it was at the forefront of the peak. the glory enjoyed by the Intel Core generation. Those who were promotional enough knew that AMD had "material" for great things in its hands, and it turned out that by further improving and eliminating shortcomings, it paved the way for today's Ryzen processors.

It is now easy to be a general after the battle, because Intel, who was busy at the time and lulled by the glory of Core architecture, escaped his chair. Today, AMD Ryzen is inviolable, and with the release of the latest 5000 series, it dismissed the last argument held by skeptics from the Intel camp - gaming performance!

Many are wondering what is the secret of AMD's rapid success? The answer may seem simple at first - complete commitment and decades of focus on the PC market. Recruitment of human and material potentials in the direction of development of new microarchitectures, processes, technologies. The result was not lacking, today AMD took the initiative, becoming the leading company on the first line of innovation and development of x86 architecture.

In just the last three years, AMD has managed to completely transform the high-performance PC market:

- Intel's practice that quad-core processors are sufficiently completely defeated and made obsolete regardless of whether we are talking about desktop or notebook computers,

- AMD because realistically today is the only company that is able to offer a PC platform of the highest performance and is continuously improving it through a ratio of higher computing power and lower consumption.

- High-performance desktops have changed radically and transformed into truly powerful machines based on 12- and 16-core processors that have practically entered the "mainstream" segment. That sounded almost unbelievable until yesterday.

- And finally, with the release of the Zen 3 generation or Ryzen 5000 series processors, the last argument about the advantage of Intel Core processors in the field of gaming has disappeared. Although it honestly already hung in the air with the previous generation of Ryzen Zen 2 models.

With all this in mind, AMD has been working on the development of the new Ryzen processor we present to you today. It is a model based on Zen 3 microarchitecture and codenamed Vermeer. After the test, we can freely say that this is the best CPU today for PCs in every field of work: from gaming, through demanding applications for creating content in high resolution, consumption, heating, compatibility, and of course, price in terms of investment and profit - absolutely in every way.

AMD has released that the Ryzen 5000 series delivers a 19% better IPC index (cycle instruction) compared to the previous Ryzen 3000 series processors. We have measured even more in many computationally demanding applications ... but this is an average value of acceleration that you can count on, which in this case can be more or less, depending on the specific application or game. Therefore, we will go through the results in more detail later.

Before that, the question arises, how did AMD manage to make the Ryzen 5000 so much better than the already great Ryzen 3000 series processors?

We will try to explain to you in the simplest way, with only the necessary terminology used in order to keep the essence, which, after all, interests us the most.

The Zen 3 architecture has been fundamentally redesigned in all key areas of the core and the entire processor. First, this was done in the part of delivering the necessary data on the processor to the processor cores, by increasing the buffers on each core and improving the part that provides the necessary data by filling the cache memory. Execution of instructions has been optimized, especially for jump instructions and those that require more memory. The level of parallelism during the execution of instructions has increased. There is also the possibility to store more data and prepare them better in order to execute instructions more efficiently.

Finally, for the average user, perhaps the most understandable improvement is in the part of the chip design. Here, the delay in accessing the data held in the system memory is reduced, then the delay in the communication of the cores themselves is reduced, but also in obtaining the data needed by the processor from the cache memory. This has especially accelerated some games that perform one main "thread" with the need to frequently download data from the L3 tertiary cache.

After such detailed testing, we can freely say that this is the best CPU today for PCs in every area of ​​work from gaming through demanding applications for creating content in high resolution, consumption, heating, compatibility, and of course price in terms of investment and profit, absolutely in every way.