The Radeon RX 6900 XT Liquid Cooling was originally supposed to only be available for OEM customers, but now the model is also being sold at Mindfactory. 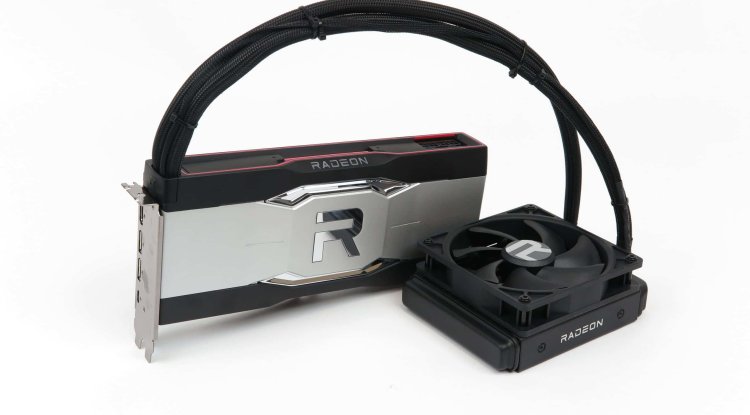 With the Radeon RX 6900 XT, AMD actually presented the flagship of the RDNA2 generation last December. This July, the company surprisingly added the Radeon RX 6900 XT Liquid Cooling. This already comes with compact water cooling ex-works and uses this additional cooling power for a higher TDP and more clock speed for the GPU and RAM. Unfortunately, this has so far been irrelevant for end customers, because the RX 6900 XT Liquid Cooling was actually only supposed to end up in OEM systems.

According to the price comparison, the graphics card has even been listed since the beginning of November. A corresponding announcement from AMD has not yet been made. It is therefore unclear why the OEM graphics card is suddenly being sold to hobbyists.

For the potential buyer, the circumstances are unlikely to be relevant - the main thing is that the RX 6900 XT LC is available. According to Mindfactory, this in turn actually is: The website speaks of over five graphics cards in stock. In addition, over 50 pieces are said to have been sold so far. The dealer is currently charging 1,750 euros for the water-cooled model, but according to the price comparison, it was already available for 1,680 euros.

According to the price comparison, the cheapest regular models of the RX 6900 XT are available from 1,500 euros, and for 1,800 euros, for example, with the Sapphire RX 6900 XT Toxic Extreme Edition, there are already extremely overbred models that the RX 6900 XT LC should put in the shade. Except for the name and the higher memory clock, there is currently nothing to speak of in favor of the RX 6900 XT LC. However, given the current market situation, that can of course change at any time.