Apple working on a keyboard that works like Mac 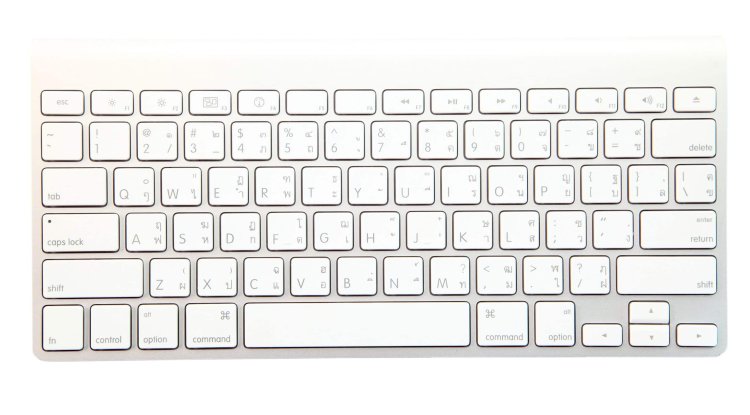 Apple may be working on an input device with an integrated computer. As crazy as this may sound, a patent filed by Apple shows that the company has explored various ways to create a keyboard with all the necessary computing components. This isn't the first time an unusual Apple patent has come to light. A recent company patent describes self-lacing shoes.

Another patent recently discovered and filed by the company discusses an Apple Watch with an optical sensor that replaces the physical crown. In addition to controlling the smartwatch, it is possible that the sensor can be used to measure the wearer's blood oxygen level, heart rate, blood pressure, and other health-related vital signs. The patent also mentions that an Apple Watch with no moving parts will be more durable overall.

Apple is already working on a mixed reality headset and a foldable iPhone, but a recently published patent suggests the company may also be working on a keyboard with an integrated CPU. US Patent and Trademark Office August 2020. The patent titled "Computer in an Input Device" describes the concept of a hybrid keyboard that has "high-performance computer components" and can be connected to an external monitor to "offer a computing experience akin to a desktop computing experience."

Essentially, Apple wants to put a Mac inside a keyboard and that could have some practical benefits. If the company makes the device, it will virtually eliminate the need to carry a rugged laptop to work, college, or elsewhere. In fact, the device can be very easy to carry, considering that the patent describes a folding mechanism that will further reduce the size of the device.

When used, the keyboard-computer will connect to an external monitor via an I/O port (which can also be the device) to provide a complete computing experience. Another advantage of a magic keyboard like this will be the reduction in the use of cables and wires. Users will not need to connect multiple ports and plugs to run the device.

The patent offers a look at how the Cupertino-based tech giant envisions compact computing devices, but computers like the Sinclair ZX Spectrum have been using a similar design since the 1980s. Not to mention, though the patent points out that fitting a computer inside of a keyboard reduces the cost of portable computing devices, the cost of manufacturing such a device remains unknown. Apple has filed many patents in the past that didn't end up being released products, and a keyboard that works like a Mac could end up becoming one that doesn't make it to market.