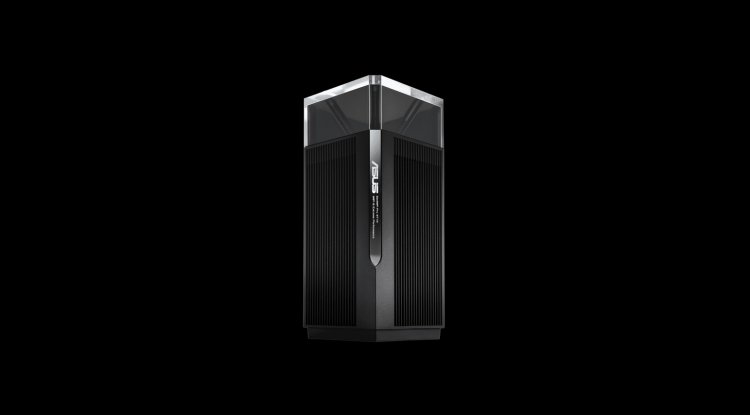 Immeasurable performance, better coverage and futuristic design is what ASUS is announcing with its new WiFi 6 Mesh tri-band ZenViFi Pro KST12 system. With a new generation of Broadcom 64-bit 2 GHz CPU and Wi-Fi capable of speeds up to 11,000 Mbps, this 12-stream tri-band WiFi 6 is a beast that can support everything. Games, telecommuting, small businesses. Nothing should make him leave.

In terms of coverage, ASUS RangeBoost Plus technology provides up to 38% more coverage than the previous generation. This stays discreet and elegant with its futuristic design without a visible antenna, or almost because its transparent top allows you to see eight antennas of the system. Its Wi-Fi 6 (802.11ak) high-performance three-band network system providesfast Wi-Fi coverage throughout the house.

The next-generation Broadcom 64-bit 2.0 GHz processor and Broadcom WiFi chipset provide Asus ZenViFi Pro KST12 Tri-Band WiFi 6 support via ODMA and MU-MIMO technologies. ASUS offers optional automatic selection of the best connection based on the environment. This model is one of the first models in the new ZenViFi Pro series, a line designed to provide extreme performance for demanding users.

All twelve streams have combined total speeds of up to 11,000 Mbps in the 2.4 GHz and 5 GHz frequency bands. Unlike dual-band mesh systems that halve bandwidth available to devices because of the need for a backhaul connection, KST12 allows users to dedicate one of the 5 GHz bands to a dedicated backhaul network, allowing faster and more stable traffic between hubs without slowing down connected devices.

There are two 2.5 Gb / s Ethernet ports with support for link aggregation. It can also cover more than 557 square meters that can be extended via any router compatible with ASUS AiMesh.

For users of top products, Asus is a company that stands out with top quality and performance. That approach of ASUS has given rise to a couple of extraordinary devices in the domain of Wi-Fi wireless networking with a special focus on high-speed Internet access. Nothing less is expected from Asus.