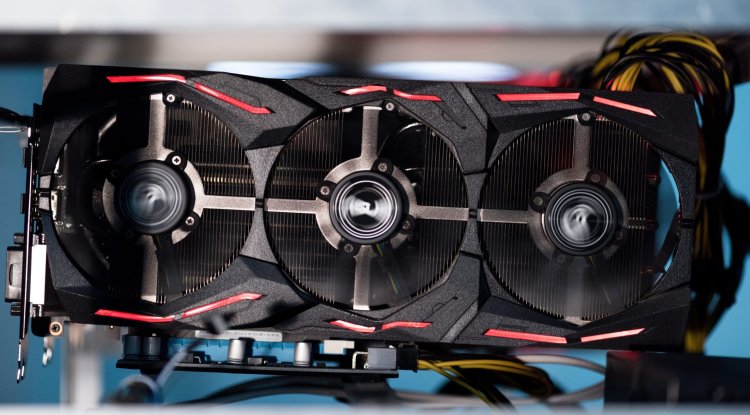 Purchasing graphics cards beyond the end of 2020 has not been an easy operation, let alone a cost-effective one. For more than a year, we have seen a complete breakdown of stock, which "magically" converted in many cases into a significant increase in units on the resale market, albeit at exorbitant rates, as we have repeatedly told you.

Throughout 2021, we heard the CEOs of the major technology companies declare that 2022 would be the year of recovery, or at least the start of it, and the latest signals finally point in this direction. A positive trend that will need to be maintained for several months, as the discrepancy between the costs recommended by manufacturers for their graphics cards and what we find on the market is still significant, hovering around 50% more precisely.

However, a tweet from the leaker Greymon55 goes in an unexpected direction, claiming that the prices of graphics cards will drop significantly next month. It does not quantify it, but if it qualifies as dramatic in comparison to the existing scenario, it could be pointing to the sooner-than-expected time at which the price of graphics cards approaches the price recommended by their manufacturers.

Does this theory make sense now? To evaluate it, we must first consider the circumstances that have caused the price of graphics cards to climb the Himalayas and remain at the summit for more than a year and until recently. Although there are more elements, we can concentrate on three:

To determine whether what Greymon55 suggests makes sense, we must analyze the current state of each of these points.

In terms of the former, 2022 is not expected to be a particularly prosperous year for cryptocurrencies. We're talking about a market that's so volatile that it can undoubtedly surprise us by setting new historical highs, but the overall picture points to an increasingly controlled environment, which restricts the margin of action for those who work in it. And, as interest in cryptocurrency declines, so, too, will the need for graphics cards.

The chip shortage is still present, but as technology companies predicted last year, the situation has maintained a trend toward normalization in recent months, which means that manufacturers have more facilities to obtain the materials they need to produce more units at a lower price, thus ending a problem that we previously discussed. Furthermore, Intel's entry into the dedicated GPU market, with an estimate of four million Arc Alchemist graphics cards by 2022, plainly indicates increased availability.

And when it comes to resellers, we can say many negative things about them, but they are undoubtedly aware of the market situation, and as a result, they see how in recent weeks the situation has tended to normalize, so their business is becoming less profitable by the day, and they may reach the point of finding graphics cards that they cannot sell because, under normal conditions, users prefer to buy from trusted stores and distributors, to do so in this obscure sandbox.

As a result, because resellers' purchasing capacity is limited and may be exceeded by manufacturers' production capacity, it is possible for them to significantly cut their purchases. And when we consider that the purchase of graphics cards by miners also indicates a reduction, coinciding with increased manufacturing capacity by manufacturers, Greymon55's observation makes sense.

However, the key question is whether the fall would be catastrophic, as stated in his letter, or if, on the contrary, the price reduction will accelerate in comparison to recent weeks, but in a more moderate manner.

What do you believe will occur? Do you believe that in a short time, graphics cards will finally reach their suggested prices, that we will have to wait a few months, or that, for whatever reason, they will remain above them until 2022?