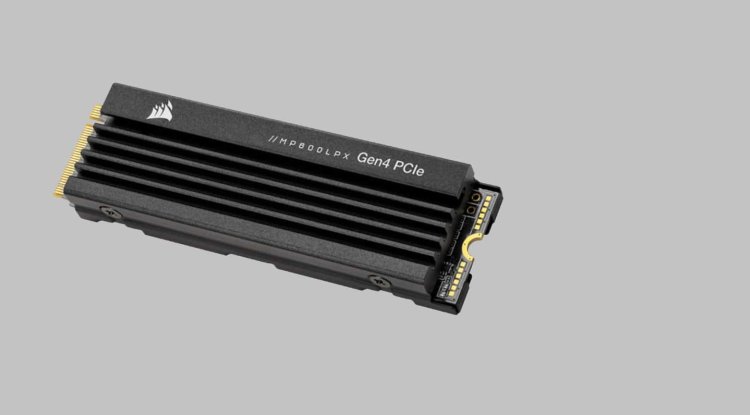 Corsair MP600 PRO LPX, a new generation of high-performance SSD storage units tailored for PS5, as well as any PC with an M.2 port. This slot must be compatible with the PCIE Gen4 x4 standard to get the most out of it.

Externally, the Corsair MP600 PRO LPX has a low-profile chassis that serves as a passive cooling system and should be capable of keeping drive temperatures under control. Its design is distinctively minimalist, and it is completed to a high standard.

Corsair has designed and measured the Corsair MP600 PRO LPX to the millimeter to assure perfect compatibility with PS5. The installation is really straightforward because we only need to remove the side cover where the console logo is situated, remove the screw that covers the specific slot for the SSD, insert it, place the fastening screw, and that's it, we're done. The new unit will be detected automatically by the console, and we will be able to use it immediately.

The 1TB model is appropriate for the ordinary user, however, the 2TB variant is also very good value for money.

All Corsair MP600 PRO LPX models employ Micron's 3D-stacked 176-layer TLC (three bits per cell) NAND Flash memory, which means they're made to last. Corsair has set a good example in this regard, as these devices come with a five-year warranty.

This is a significant departure from the Corsair MP600 Core that we reviewed at the time because it employs QLC NAND Flash memory (four bits per cell).

The Corsair MP600 PRO LPX series is equipped with a Phison PS55018-E18 controller and is built to take full use of the PCIE Gen4 x4 standard. With that stated, here's a complete summary of each version's speeds and write cycle:

Given the exact specifications of each model, the conclusion is extremely clear, and it corresponds to what we predicted at the beginning of this section. If you're on a limited budget but don't want to sacrifice fantastic value, you're better off investing a little more and going straight for the 1TB model, not just because it has a larger capacity but also because it has very quick performance. The 2TB and 4TB models are unquestionable "candy", as long as we can afford them.