Are you looking for a low-cost, traditional integrated amplifier? Maybe with digital inputs, but not with all the streaming hoopla, applications, and so on? The Denon PMA-1700NE is a good option. Because this Japanese full-featured amp provides the ideal balance of performance, classic ease of use without frills, and several smartly thought-out detail solutions. 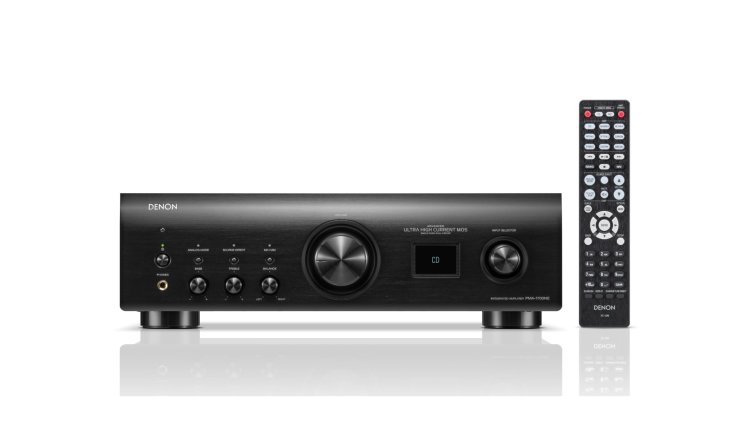 The current amp nevertheless has a few more features and sound enhancement possibilities than the old-school transistor amp. If requested, "Source Direct" bridges the tone control, and the MC/MM button toggles the phono input between the moving coil (fixed setting: 100 ohms with 200 microvolt sensitivity) and the moving magnet (fixed setting: 47 kilohms at 2.5 millivolt sensitivity).

Because the sensitivity of analog signals is understood, the user can turn off the digital part, including D/A conversion, in the first stage by pushing the "Analog Mode" button, and the display in the second step, to avoid even the tiniest high-frequency interference from these electronic components.

Some of the PMA-1700NE's extremely smart equipment elements are only visible when you look closely at the back. The Denon contains inputs for the integrated power amps where most competitors would have put outputs from the built-in preamp.

As a result, the integrated amplifier may be smoothly integrated into a home theater system. So, if you want to use your stereo system as part of the surround system, connect the PMA-1700NE's power amplifiers to your AV receiver's left and right preamplifier outputs, pick "EXT-Pre" as the input, and that's it.

The TV sound has also been considered. Simply connect your television to the first optical digital input. When a sound signal is received from the television, the amplifier switches to the input, and the sound is played through the system. This even works in standby mode. This TV function's behavior can be customized to suit your preferences. This gives you (nearly) the comfort of a soundbar in your audio system, but it sounds far better.

Looking behind Denon's tin skirt reveals how regularly various elements such as the power supply and digital board are prohibited in individually shielded chambers. The expert also sees that there is no mechanical connection, such as from the tone controls to the inside.

The ostensibly analog controls on the front are actually transmitters for electronic controls. It appears to be cheating on the surface, but it makes audiophile sense. This is the only way, for example, that faultless, same-channel controls are achievable, and that rotary resistor aligned on an axis can function securely in their respective limited control ranges. The signal paths are not pushed to march forward and backward.

Denon creates a well-made integrated amplifier with digital inputs, including USB 2.0 audio, for all typical high resolutions with the PMA-1700NE. The optical input signal identification enables automatic control of the television, almost like a soundbar.

The phono with MC/MM sounds fantastically fine and balanced. The power amplifiers have a direct input, allowing for simple and uncomplicated integration of the stereo system into a surround system. The powerful output stages push forcefully but delicately. The tonal tuning is more precise and clear, without being overly bright.

A slight transient concrete traces spatial imaging in plastic and almost supernaturally sharp manner, yet without being bothersome, similar to a magnifying glass. The PMA-1700NE clearly differentiates the finest elements even in complex arrangements. This is accomplished without any sharpness in the sound, indicating true resolution. Denon, the AV specialist, has released a particularly good 2-channel integrated amplifier, in our opinion.