The preload for the new Destiny 2 expansion apparently doesn't work quite as planned. There are apparently problems with the preloading of the file. 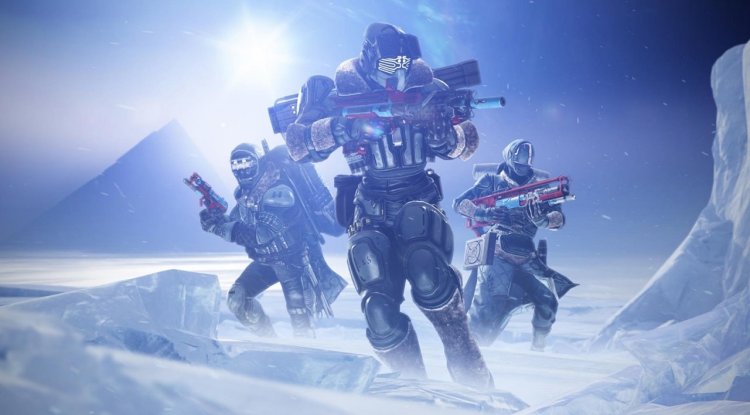 The preload for the new Destiny 2 expansion, the Witch Queen, apparently doesn't work quite as planned. On one platform there are apparently problems with the preloading of the file, which is over 70GB in size.

Yesterday, February 22, 2022, the new expansion "The Witch Queen" for Destiny 2 was released. The update includes an impressive 72 GB of data and should already be available as a preload yesterday. However, some fans were left in the dark right there because the preload did not work as intended on their platform.

Owners of the PS4 version of Destiny 2 have not yet been able to download the data for the Witch Queen expansion. The developers at Bungie then explained in a tweet that the preload was not available for PS4 players due to an "unforeseen problem".

If you want to play the expansion on the last-gen console, you had to wait until the official release date on February 22, 2022, at 12 p.m. Only then the data could be downloaded to the PS4. The community is not very happy about this, but some fans still take the matter with humor. While some comment that the lack of PS4 users when the expansion launches at least means shorter queues on the servers, one gamer quips,

Admittedly, it is a bit ironic that a Playstation version of the expansion is suffering from starting problems after Sony recently announced that it wants to buy the Bungie development studio. After all, PS4 fans won't have to wait much longer to enjoy the expansion's new content - depending on how quickly their internet connection can complete the download and how the server queues for the release will be.

In other news, PC platform GOG.com, known for reviving classic games, has answered a question on Twitter about its own support for Valve’s upcoming handheld PC Steam Deck, which is scheduled to become available for delivery on February 25th for early reservations. According to this, there is no official GOG support for the Steam Deck, but “since the device has an open architecture”, it is said that Windows can be installed and thus also run GOG games.

As is well known, the Steam Deck relies on an in-house Linux distribution with the SteamOS operating system, which makes the GOG reference solely to Windows somewhat incomprehensible, because even if the majority of the GOG catalog consists of Windows titles (over 4,000 pieces), so 1,135 Linux-compatible games are also currently listed, which should therefore basically play on Valve’s handheld PC. Apart from that, Linux support for the GOG Galaxy client is still missing, which is why Linux games from GOG.com cannot be used quite as comfortably as under Windows.