Fans of the apocalypse are looking forward to Dying Light 2, as the sinister virus has spread more than in the first chapter, and has taken over the world. 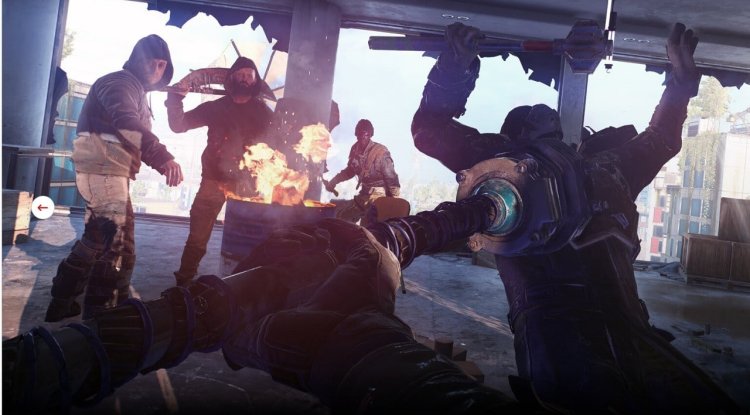 Fans of the apocalypse are looking forward to Dying Light 2 Stay Human, as the sinister virus has spread more than in the first chapter, and has taken over the world.

If players manage to set aside money for strong enough machines, time could be a problem - the developers have announced that the whole game takes as much as 500 hours.

Techland announced on its Twitter account that the game will last, much to the delight of those who love great stories, and the post said gamers in the Dying Light 2 universe will spend as much time as it takes to walk from Warsaw to Madrid.

Techland hastened to clarify the situation, so in another tweet, it can be read that 500 hours is actually the maximum - so much is needed to complete all missions, explore alternative endings and discover the most distant parts of the map. However, a regular game takes a little less than 100 hours, so those for whom the main story is enough will certainly save time.

The main character is in one of the few cities that keep the situation under control. Zombies are not far away, but the real enemies this time are people who have divided into groups that are at war with each other.

Everyone hopes that the situation from December will not be repeated and that there will be no new delays.

In a last look at Dying Light 2 Stay Human the developers revealed how the game will look in a cooperative gameplay for four players.

Dying Light 2 Stay Human will have the optional ability to play in a cooperative performance for up to four players. This probably means that your game will then last 1000 hours because the co-op is slower because you are always waiting for the one guy who gets lost somewhere.

Joke aside, Dying Light 2 promises a story in which we will have to make different decisions: who to side with, which move to pull, and so on. And then the consequences of these decisions will be visible to the world. In order for players to agree with each other on which moves they want to take in key situations (without using voice chat), the game will offer a voting system so that all team members can decide on the desired decision. The main player (host) will be the one who will make the final decision, and it is up to him whether to respect the votes of other players or to act on his own.

In conclusion, if you want to explore every detail of this game, or you are a fan of this types of games, it is better that you take a vaccation.