It takes two developers give up trademark

Take Two has apparently taken legal action against the developers of It Takes Two to defend naming rights. The Hazelight team has since given up the claim to the naming rights to the game. 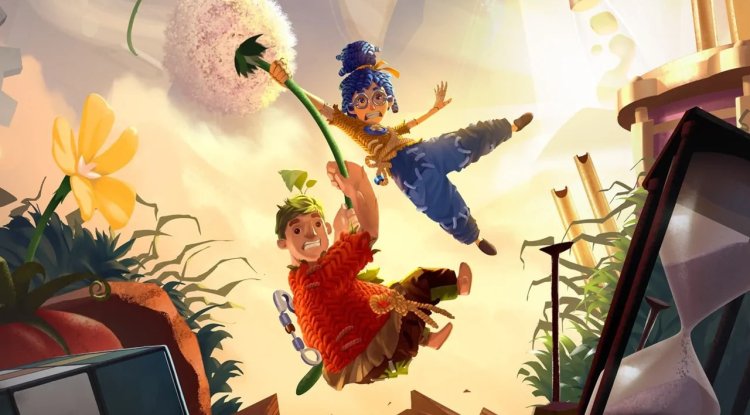 Take-Two has apparently taken legal action against the developers of It Takes Two to defend naming rights. The Hazelight team has since given up the claim to the naming rights to the game.

In the past, many smaller companies and modders were able to experience first-hand that Take-Two is not a joke when it comes to copyrights and naming rights. Hazelight, the developers of Brothers: A Tale of Two Sons and the surprise hit It Takes Two, have apparently also made uncomfortable acquaintance with the publisher's legal department.

At least that's what an official communication from the US patent authority says. According to the announcement, Hazelight relinquished the rights to the It Takes Two brand on March 25, 2021. The developers themselves told Eurogamer that "ongoing legal disputes will not be commented on", but that they hope "that the conflict can be resolved". Whether Hazelight gave up the rights as a result of Take Two's claims remains open - but the time of the waiver makes a connection possible.

In the past, Take Two has increasingly secured the rights to certain names and trademarks, including terms such as "rockstar", "social club" and "civilization". According to Richard Hoeg, a lawyer specializing in the games industry, this tactic is used to obtain concessions from affected companies.

Take Two works particularly aggressively, according to Hoeg. This also fits with Take Two's rigorous action against GTA mods: Various popular modifications, including conversions of the GTA 3D trilogy, had to disappear. That this possibly happened in favor of the outrageously miserable remaster trilogy certainly leaves fans with a more than a bland aftertaste.