El Salvador made history, becoming the first country in the world to accept Bitcoin as the legal (official) currency in the country and as a means of payment. 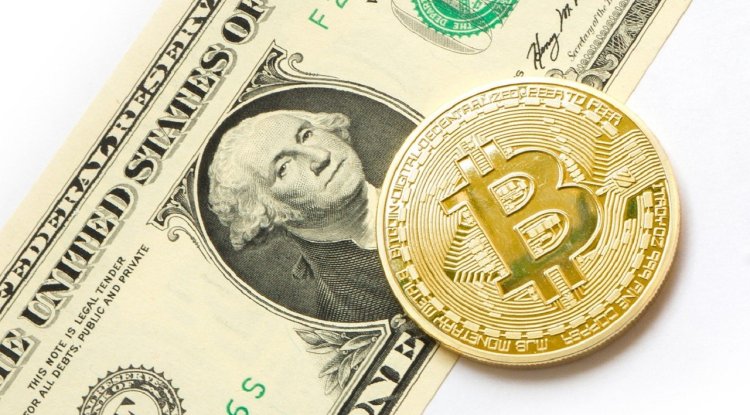 El Salvador made history, becoming the first country in the world to accept Bitcoin as the legal (official) currency in the country and as a means of payment. Along with the US dollar, Bitcoin is now the second official currency in El Salvador.

The initial proposal and the presentation of Bitcoin as a legal currency were hampered by various problems, where protesters filled the streets criticizing the government’s move. That's why the government's payment application was even temporarily shut down, and the price of Bitcoin fell sharply.

While it is too early to predict the full impact of Bitcoin adoption on this small country, there are some important conclusions to this move. Here we will look at why accepting Bitcoin in El Salvador is important.

El Salvador President Nayib Bukele has said that using Bitcoin will make it cheaper and faster for citizens to receive remittances from abroad. He adds that Western Union, MoneyGram, and other money service providers will lose as much as $ 400 million in remittance commissions by adopting bitcoin in the country.

Currently, intermediaries, such as Western Union, charge 12.75 percent or more for a $ 100 transfer. In contrast, transactions in Bitcoin using the state-owned Chivo digital wallet do not have a transaction fee, eliminating expensive commissions. In addition, anyone who decides to receive payments in Bitcoin can automatically convert it into dollars, which will solve the problem of the price of Bitcoin, which can vary greatly.

Remittances or inflows from abroad, account for 23 percent of El Salvador's gross domestic product, with the country remittance of nearly $ 6 billion in 2020, benefiting about 360,000 households or 70 percent of the population. Given their importance to the economy, it is not surprising that remittances were so-called. “Selling point” for the country’s Bitcoin plan.

According to the World Bank, only 30 percent of El Salvador’s population has a bank account. However, a much larger part of the population has access to smartphones, so El Salvador is becoming a country with a focus on smartphones and residents who own the device in question. Without access to the bank, many citizens are excluded from the legitimate economy of the country, and with a mobile phone, they will still be included.

The adoption of Bitcoin as a legal tender has raised hopes that this could change. Citizens will be able to use their smartphones to download the government’s Chivo wallet for secure access to cryptocurrency, gain access to microcredit services, avoiding bad lending practices and high-interest rates.

The adoption of Bitcoin as the national currency will give Salvadorans the opportunity to participate in the global economy and increase control over their finances. El Salvador has already installed 200 crypto ATMs across the country so residents can easily convert Bitcoin to US dollars.

3) Many countries could now do the same

After El Salvador announced it would accept Bitcoin as its national currency, politicians across Latin America called on their governments to do the same. The main arguments for adopting Bitcoin as the national currency include reducing reliance on the US dollar, slowing inflation, and attracting foreign entrepreneurs. Of course, there is also the fear of missing out on other countries (FOMO).

No other state has not taken any concrete steps towards the adoption of Bitcoin or any other cryptocurrency as a legal means of payment. However, if the El Salvador experiment proves successful, it is almost certain that other countries will follow suit.

El Salvador entered an unknown area becoming the first country to adopt Bitcoin as its national currency. The government hopes the introduction of Bitcoin will result in much-needed economic growth and reduce exposure to foreign government policies. On the other hand, the crypto community expects El Salvador's move to strengthen its credibility.

What is certain is that all eyes will be on El Salvador and everyone will be looking forward to whether this "experiment" will succeed or not. Honestly, we hope it will because it would open many other doors for cryptocurrencies.