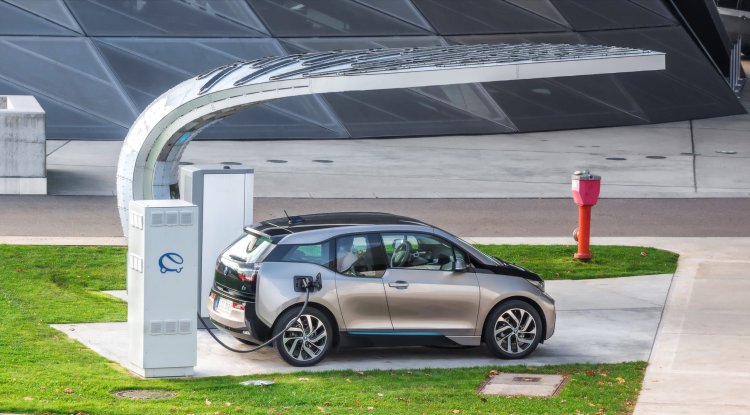 Although charging stations are something that many people consider to be very exotic these days, the rate of registration of electric vehicles (both plug-in hybrids and "pure" electric) is increasing at a good rate. Not as much as some would want, but the data are undeniably encouraging and point to a more-than-clear growth trend that, according to all projections, will surely continue in the near and medium-term.

One of the most significant barriers to driver acceptance of electric vehicles is their autonomy. However, as the network of electroliers, or charging stations for electric vehicles, expands in the future years, this problem will be significantly addressed. A growth that, with the exception of a few circumstances, should occur all across the planet.

Thus, in addition to research aimed at developing faster-charging systems, we must consider what charging stations should look like, whether they should replicate the model of traditional gas stations or, on the contrary, whether now is the time to completely redesign these facilities, creating spaces that are better suited to the needs of their users and, why not, to more refined environmental and aesthetic criteria.

Electric Autonomy Canada, in collaboration with Parkland Corp, conducted a design competition, asking designers from around the world what the charging stations of the future should look like in Canada, and we already know the winners of the call after five months of input from designers. And the truth is that they are the most intriguing, despite the fact that they surely have an idealistic aspect that should be tested to see how it corresponds to reality.

The winning design, dubbed "More with Less," was presented by Scottish architect James Silvester, and the charging station proposed in it features a rectangular cantilever with circular edges, beneath which the charging points and a series of service spaces ranging from waiting rooms to a gym to make the most of those minutes of stopping and charging.

The second-placed charging station design was created by the architecture firm Fabric. a Turkish architect, and as its name suggests, we discover an open circular cantilever in the central area, which brings together the chargers on the outside, and that inside it has some service areas but, primarily, with a wide-open garden area, where you can enjoy waiting while loading.

Finally, we have the design of Berlin architect Pavel Babiienko, who has presented a charging station design that, curiously, appears to take elements from the previous two, but adds an extremely modular design, which undoubtedly makes it very practical in order to adapt it to different environments with different needs.

When studying the three winning designs, it is clear that the primary suggestions for future charging stations use relatively comparable materials, a plethora of green places, and, in general, quite clean and extremely attractive designs. Workplaces and playgrounds are also incorporated in some, although, interestingly, there appear to be few commercial and restaurant spaces.

Many of the charging stations submitted to the competition contain, of course, solar panels to power the lighting and signaling systems, as well as designs that consider energy efficiency while also being adaptable to the harsh climatology that occurs in specific Canadian regions.

Despite the fact that more electric vehicles are being introduced on a daily basis, the vast bulk of the mobile fleet, not only today but also in the next years, is comprised of vehicles fueled by gasoline, diesel, and, to a lesser extent, LPG (Liquefied Petroleum Gas). As a result, it is most likely that, at least in the medium term, the upcoming charging stations will continue to share space with fossil fuel service stations, making these designs inapplicable.

On the other hand, we are in a complicated period in which, despite the fact that electric vehicles have not yet been consolidated, their future alternative has already begun to emerge. Hydrogen is a completely clean energy source that many believe is the ultimate future of the engine. The deployment of the first hydrogen stations has already begun, despite the fact that the technology is still in its early phases of development.

This raises the question of whether the engine's future will be electric, based on hydrogen, or hybrid, with vehicles combining both technologies. Doubts regarding the model that will be imposed in the future are a deterrent for those who may be considering the deployment of this sort of facility in this environment, particularly given the enormous amount involved in the deployment of both charging stations and hydrogen stations.

This, in turn, influences public opinion when it comes to purchasing electric vehicles, particularly those driven by hydrogen, which is now limited to the Hyundai NEXO and Toyota Mirai, though at least four other models from various manufacturers are set to arrive in 2022.

The arrival of charging stations and, in their wake, hydrogen stations, presents an interesting moment for the deployment of new service station formats, but the reliance on fossil fuels, which will remain for many years to come, necessitates more creative solutions, in which the various types of supplies can be combined, without a doubt in a modular design that, when the time comes, allows the pumps and the infrastructure to be associated.

Whatever the case may be, it appears clearer by the day that fossil fuels, particularly gasoline and diesel, have their days numbered, so this type of space must now move forward in its reconditioning and adaptation to that future, which, especially in the case of electric, is becoming more present by the day.

It would be a shame, a terrible one if they did not seize this opportunity to remake themselves. It may not be necessary for two or three years, but if we go a little further ahead, say ten years, we may expect a huge improvement in this area, as well as a greater presence of electric and hydrogen stations.