Even batman is switching to electric propulsion

The world's first functional electric Batmobile originated in Vietnam. It is a replica of a model from Christopher Nolan's 2008 Knight of Darkness. 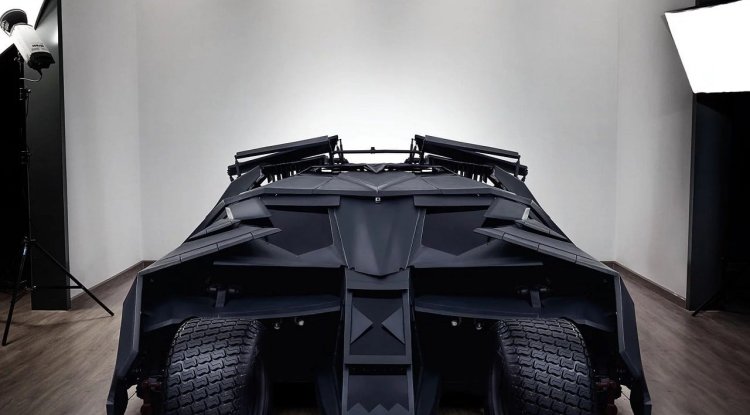 The world's first functional electric Batmobile originated in Vietnam. It is a replica of a model from Christopher Nolan's 2008 Knight of Darkness, made by an architecture student

According to many, the best series of films about Batman was directed by Christopher Nolan and opened in 2008 with the film The Dark Knight. In this film, Batman, played by actor Christian Bale, drove an attractive “road tank” nicknamed The Tumbler, a space-designed and changeable-looking Batmobile. Of course, 14 years ago there was no word about an ecological drive that a rich man and a lover of technology like Bruce Wayne could afford - but now a Vietnamese architecture student has filled the gap.

His name is Nguyen Dac Chung, he is 23 years old and for the past two years, he has been working on a faithful replica of this life-size Batmobile. It is the first fully electric life-size Batmobile ever made, and as expected - it is faster and more environmentally friendly than Nolan's film version.

It is a fully functional electric vehicle 11 feet long and 8.5 feet wide, 5 feet high. The total weight of the vehicle is about 1300 pounds, as it is made of panels made of 3D printed ABS plastic, carbon fiber, and other composites, placed around a steel tubular structure. The vehicle also has lithium-ion batteries (of unknown capacity), which drive an electric motor (unpublished power). But what we do know is that the top speed of the Batmobile is 65 mp/h and that it can accommodate two people - Batman and Robin, we assume.

The hydraulic door opens, as it should, on the remote control, and from the additional equipment, the author points out 4 tactical cameras that capture the scene around the vehicle at 360 °. In addition to spotting villains in a timely manner, they are reportedly useful when maneuvering, especially when overcoming sharp turns. The visibility from the cabin, it seems, is not great.

The unique electric Batmobile is currently on display at the Van Daryl Gallery in Vietnam’s largest city Ho Chi Minh City (also known as Saigon). There you can see it on request, but also discuss a possible purchase, although the price is not highlighted.

In other news, the companies will work together on a “digital cockpit” and explore the possibilities of Ferrari’s technological advances, and the partnership will extend to Ferrari’s sporting activities.

Legendary carmaker Ferrari will team up with Qualcomm to completely redesign the dashboards in their cars. The deal is in line with the policy of new CEO Benedetto Vigna, who wants to accelerate Ferrari’s transformation towards batteries and digital technologies.