Tango Gameworks and Bethesda have announced that the new action-adventure Ghostwire: Tokyo will be released on March 25, 2022, for Playstation 5 and PC. 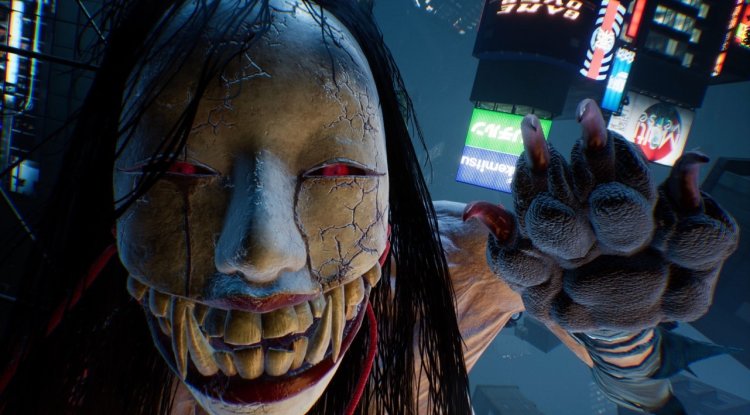 Developer Tango Gameworks and publisher Bethesda have announced that the new action-adventure Ghostwire: Tokyo will be released on March 25, 2022, for Playstation 5 and PC. In Ghostwire: Tokyo, players must rid the Japanese capital of vengeful ghosts.

The latest from Tango Gameworks, creators of Evil Within, is the mystery action-adventure Ghostwire: Tokyo. A few days ago it was officially announced that the game will be released on March 25, 2022, for Playstation 5 and PC. Along with this announcement, Bethesda released a nearly 10-minute gameplay trailer that gives players a glimpse of what's happening in Ghostwire: Tokyo.

A trip to the Japanese capital

According to the developer, in Ghostwire: Tokyo players must master the mystical arts of Etheric Weaving in order to defeat the diabolical Hannya who is haunting Tokyo with his followers. These supernatural beings roam the Ghostwire: Tokyo game world and have ensured that the population of Japan's capital has been wiped out. The action-adventure is also extensively peppered with creatures from Japanese legends, myths, and fairy tales.

The developers around Tango Gameworks are said to have created a modern Tokyo by exploring the city's well-known landmarks and revealing hidden secrets. Away from the main story, players will find "charming" characters in need of help, countless ghosts to save, and unexpected furry friends who should be able to exchange rare finds for generous rewards.

The system requirements for Ghostwire: Tokyo

Not only the release date but also the system requirements for Ghostwire: Tokyo has been published on Steam. On the processor side, at least either an Intel Core i7-4770K or an AMD Ryzen 5 2600 is required. 12 GB RAM should be minimal and a Geforce GTX 1060 or a Radeon RX 5500 XT (with 6 GB VRAM or more) to handle the graphics.