Google vs Bing - what are the key differences?

Google and Bing are the largest and most popular web search engines that meet the needs of millions of users on a daily basis. 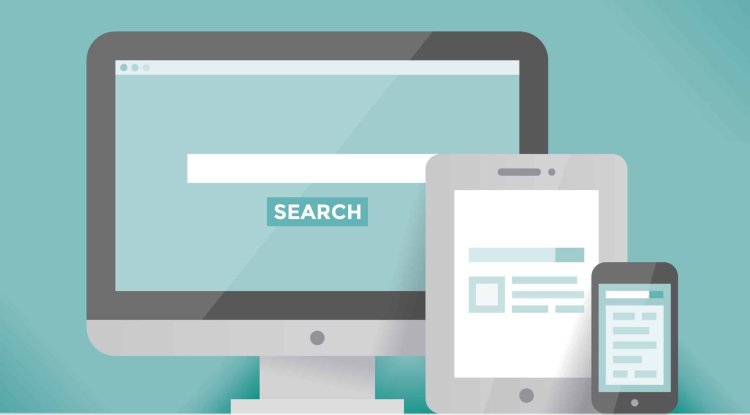 Google and Bing are the largest and most popular web search engines that meet the needs of millions of users on a daily basis. It can be added that every average user at the same time asks himself what is the difference between the two search engines and why they should switch to Bing at all when most use Google.

Here we immediately come to the data on the share of the search engine market. Google has a share of, it can be rounded up, 82 percent, and Bing only 8 percent. The huge difference in share clearly shows that Google still has much more experience and years of work on optimizing its search engine, but Bing’s numbers are not negligible because the value of 8 percent means millions of users. When we talk about the US, almost a third of online queries come from Microsoft software, so implementing Bing optimization there is inevitable. So, the existence of Bing as a competitor to Google is not negligible.

From the perspective of search functionality, a table showing the features of both search engines can be viewed below:

It is immediately obvious that Google has a significant advantage in terms of listed features.

How do Google and Bing differ in their search and indexing tools?

It is difficult to get into such a complex distinction between the two search engines, but part of the answer can be given by the announcements of Google and Microsoft.

Google says its search and indexing tools have a database of hundreds of billions of websites that together make up more than 100 million gigabytes. This does not mean that Google covers absolutely every corner of the Internet, but it says a lot about the importance of structured data and the fact why Google puts it as the basic criteria for better positioning.

Microsoft doesn’t have similar allegations about Bing, but it probably doesn’t lag far behind the comprehensiveness of searches presented by Google, as it is visited by over a billion users a month with almost 12 billion searches entered.

How do their algorithms different?

Bing’s algorithm, as seen, differs a lot in approach. His selection is more based on the search area, has a local element that dominates. With this approach, it is clear that Bing does not consider content structuring as the guiding criterion, so search results will have a bit more spam.

Differences in the application of the algorithm also generate differences in ranking on the web. Some of the pages that are among the top five positioned on Google by Bing may not even be in the top 100.

Differences in Google and Bing algorithms can be illustrated through specific questions.

Do you want to search for content near you, such as a hotel or restaurant? Bing will certainly be a better choice due to the customization of the search according to the criteria of the user’s local content. One important advantage is also Bing’s integration with Facebook, which gives even better search results.

Do you want to find some informative and quality content that can serve you well? In that case, Google is a better choice. In order for websites to compete well in Google rankings, they must have a clear and quality structure, and in these conditions, each user will receive much less spam and bad web content. This does not mean that Bing does not take these factors into account, but that they are not the dominant criteria for him in the rankings.

This is, in short, a clash of the integrative nature of social elements and structured content.

Google has a clean and simple user interface that is user-friendly. The same is true with Bing, but perhaps with a little more emphasis on the visual aspect.

Both search engines provide very useful information about searches and have layered search tools for keywords.

In the UI and tools segment, Bing may have a slight advantage over the ability to import data from the Google Search Console (Google’s search performance tracking service) and the availability of SEO reports that have specific recommendations on best practices for improving rankings.

Google’s advantages are certainly the features listed in the table above, which are not enabled by Bing. One can only add that using some of Google’s tinting tools is more demanding than with Bing and can often be challenging for average users.

How are both search engines in different search segments?

The algorithms of the two search engines have already been discussed in previous chapters.

It’s important for users to say that it’s much easier to target Google to find something specific that they’re looking for because link quality is the basis of the algorithm, using data from the user’s history of previous web searches and locations.

Bing content is also very important, but the emphasis is on incorporating social signals and local elements that often rely on Facebook and Twitter, so the same platforms are also one of the criteria for high ranking.

SEO specialists will find a very interesting table below that shows how Google and Bing rank different content:

When it comes to photography, Bing certainly has an advantage. The ability to filter photos by title, dimensions, colors, types and much more meaningful information about the photo itself at Bing simply works better and gives the impression of much more detailed search results.

Google’s only advantage in the photo segment is that its collections are much larger than Bing’s.

Bing also has a slight advantage when searching for videos. The search results are somewhat more complex with a wide overview of thumbnails.

Another plus for Bing is the ability to view videos without leaving the web search engine itself, and some interesting features are available such as, for example, simultaneously displaying reviews and ratings when scrolling through movie search results.

Finally, it is necessary to add some differences related to the use and functionality of the two search engines.

Google has a desktop and mobile version of indexing and ranking, but today it uses mostly the mobile version because a large number of users access Google via smartphones.

Bing has stayed on a single version of indexing and ranking that is optimized for both desktop and mobile versions.

Google has evolved into something more than just a web search engine, so it includes services and services like Gmail, Google Maps, Chrome OS, Android OS, YouTube and many others.

Bing offers connectivity with other Microsoft products such as Office, Outlook and OneDrive.