We had rare moments of amazing music listening with the Vitus Audio SIA 025 Mk.II, a class A amp with only 25 watts (at 8 ohms). 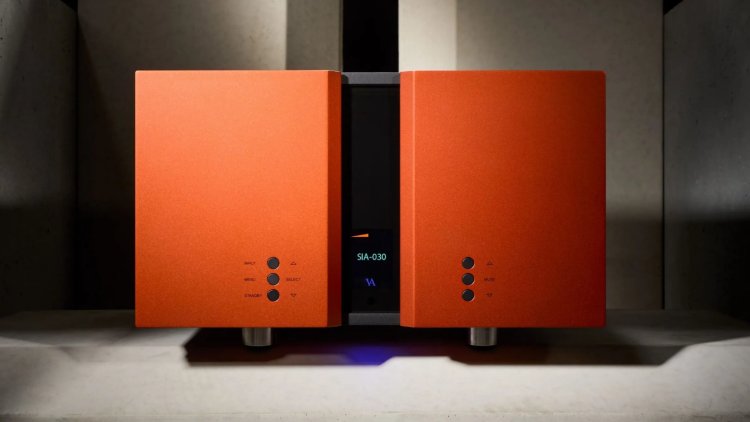 The SIA 025 MK.II featured here is the smaller of two Signature series Class A integrated amplifiers. Even so, the ordinary version costs 22,000 dollars. The Hans-Ole Vitus' amplifiers, on the other hand, are immaculate. There are no gaps; everything fits together perfectly and is cushioned in the proper places. And if you wish to take the SIA 025 Mk.II out of the box by yourself, be warned: 42 kg in the improper position has moved quite a few intervertebral discs...

The SIA 025 Mk.II is designed symmetrically as a double mono idea centered on a massive mains transformer. The impression behind the cover is reminiscent of the enormous engine compartment of a 1980s 12-cylinder Jaguar: full to the brim. The circuit is designed in the now-rare Class A amplification form, which also applies to the 12-cylinder comparison. Although the output is minimal (25 watts into 8 ohms or 50 watts into 4 ohms), there is no crossover distortion, which is inherent with efficient amplifier circuits.

That tells you practically everything you need to know. Nearly. Hans-Ole Vitus places a high value on the fact that the entire structure is made up of separate components. Furthermore, the circuit (like many audiophile-sounding amplifiers) lacks global overall feedback. As a result, the sound is often slightly softer and more "lovely."

However, Hans-Ole was able to distinguish between the first SIA 025 and the Mk.II version pretty clearly: the Mk.II has volume control built-in for the big Masterpiece (MP) components. This extremely complex and low-noise control did not yet exist when the SIA 025 was introduced, therefore Vitus' "tiny" Class A amp is now also cutting-edge.

Of course, in practice, you can't go wrong with the SIA 025 Mk. II. On the back, there are only a few clearly structured connection choices. Of course, the three XLR inputs are excellent, and they sound a little more accurate than the asymmetrical RCA inputs.

The preamp output makes logic, but the loop-through option for merging a surround system does not (then the AV processor takes over the volume control of these two channels and the loudspeakers connected to them). The SIA 025 Mk.II sounds sensationally beautiful and harmonic, but its limited performance prevents it from delivering the violent dynamics that a cinematic sound set should.

Vitus Audio specifies a power supply of 162 watts (a class A amp always runs at full load). That is still conceivable and acceptable to critical energy savers if the SIA 025 MK.II has turned off again after listening to music. Speaking of which, while listening, the amplifier only gets warm to the touch.

The SIA 025's major practical constraint is its low power: as with a noble tube amplifier, one must accept either having to connect very efficient sound converters or not being able to listen loudly. We chose the latter.

We have evaluated numerous high-end tiny speakers that are not very durable during the last few months, as is customary. When you examine the essence of such a compact speaker, you quickly understand that, due to the generally modest maximum volume, these speakers do not require or tolerate that much power.

If it's all about hearing the perfect tone and "experiencing" nice and well-made recordings at a reasonable level, the SIA 025 Mk.II is a near-perfect amplifier.