Xiaomi 12S series officially: From a compact flagship to the best camera phone

Xiaomi has officially unveiled the Xiaomi 12S line of premium smartphones. It should satisfy even the most discerning clientele. It does not lack a compact model or a contender for the greatest photo mobile available today with Leica optics. 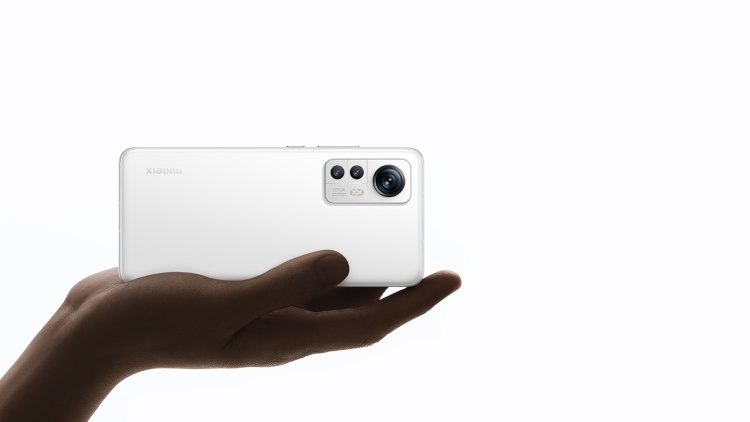 The most affordable variant is designed for those looking for a tiny flagship with no compromises. The gadget with a 6.28-inch display was still regarded as a phablet ten years ago, but because of the minimal edges, it is now a tiny model in 2022. The AMOLED display also boasts a 2400 x 1080 pixel resolution, a refresh rate of 120 Hz, with Gorilla Glass Victus.

The latest Qualcomm Snapdragon 8+ Gen 1 chipset confirms that it is a flagship. The operating memory can be up to 12 GB and the internal storage can be up to 256 GB.

The camera employs a 50 MP Sony IMX 707 sensor with an aperture of f/1.9 and optical stabilization. It also has an ultra-wide-angle and telephoto (macro) sensor, as well as 2x optical zoom. The camera was created in collaboration with Leica.

The battery has a great 4500mAh capacity and supports 67W conventional charging and 50W wireless charging. The Xiaomi 12S smartphone will be available in black, purple, green, and white.

The middle model should be a flagship model. It uses parameters from both the top model and the compact model. The 6.67-inch AMOLED display features a 2K resolution, resulting in a bigger device size.

This will be beneficial to the larger battery capacity of 4600 mAh. The Xiaomi Surge P1 rapid charging chipset is also included with the Xiaomi 12S Pro. This allows for super rapid 120 W cable charging and 50 W wireless charging.

The principal sensor is identical to that of the lower model. This translates to a primary 50MP Sony IMX707 sensor with huge 1/1.28-inch pixels and a 2.44m after pixel binning.

Many settings are shared by the top model and the Pro version. The biggest difference is its one-of-a-kind camera, which can already be observed in the size of its module.

The Xiaomi 12S Ultra features a 1-inch Sony IMX989 sensor with a four-layer pixel structure and an individual pixel size of 1.6 m. It reaches 3.2 m in size after grouping the pixels, decreasing noise, improving the dynamic range, and enhancing the recorded light.

The Xiaomi 12S Ultra is the first Android smartphone that can record and play Dolby Vision HDR video. It also employs HyperOIS stabilization, which employs the gap between two frames to force the OIS motor back to its previous position, resulting in highly steady videos. In that case, too, the optics were handled by the company Leica.

The 4,860 mAh single-cell battery with silicon-oxygen anode and the Xiaomi Surge P1 rapid charging chipset, which also enables an output current of up to 16A with a conversion efficiency of 96.8 percent, are two more differences. As a result, the Xiaomi 12S Ultra can charge at 67W wired fast, 50W wireless fast, and 10W reverse wireless.

The Xiaomi 12S Ultra's body is waterproof to IP68 standards.