The iPhone celebrates 15 years on the market

It seems like only yesterday, although it has been more than 15 years since that legendary day. 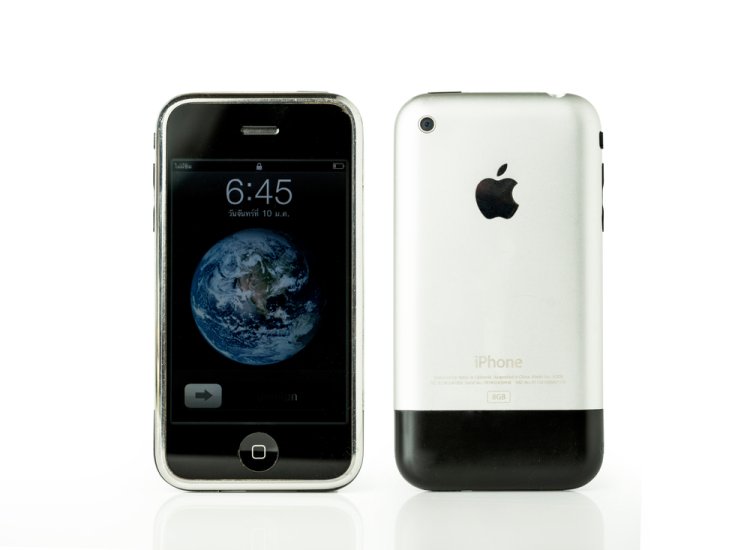 Steve Jobs spoke one more thing on January 9, 2007, when he unveiled the first iPhone at the Macworld Conference & Expo. It was the penultimate great announcement starring Jobs, we could only imagine that the world of mobile telephony was going to alter forever, even though many still considered that a phone without a physical keyboard had no future.

However, it took nearly six months for Jobs' incredible technology to reach retail outlets, something that happened on this day fifteen years ago. Yes, it was a somewhat limited market entry since, unlike later versions, it was only available in the United States, and only through the operator AT&T, which significantly promoted orders from friends and acquaintances who traveled to the country of stars and stripes at the time.

As a result, it was a very limited launch, most likely intended as a test of the iPhone's market fit. And, as We previously stated, the lack of a keyboard may today appear odd, but at the time, and for many, it was a formidable entry barrier. We had been used to phones with buttons for "forever" (that is, 10-15 years), and while we had seen some trials with a touch screen or a stylus, deleting it totally was too weird.

With a 3.5-inch screen and a resolution of 320 x 480 points, the specifications of the first iPhone seen now appear to be a joke: 412 megahertz CPU, 128 megabytes of RAM, four gigabytes of storage, two-megapixel camera... but it is important to remember that we are talking about a device from 15 years ago and that these specifications, which today would be unacceptable even in a terminal under $100, we're simply spectacular at the time.

Since the second generation, the iPhone 3G went on sale on July 30, 2008, and, on this occasion, as a much broader launch, once Apple was able to verify that they had been successful with the proposal and that the iPhone s had already become the object of desire for millions of people worldwide, the first iPhone would last just over a year on the market.

What happened next is history, and I'm sure you're familiar with it. Today, it is difficult to find a week without at least one rumor about the next generation of the iPhone, and despite the fact that it is loathed by many, it still has a massive legion of users and supporters who do not hesitate to scream to the four winds that it is the best smartphone on the market.