Nothing revealed the design of his first smartphone

Nothing phone (1) will have a striking back side, through which you can see the wireless charging coil, around which the light strips are located. 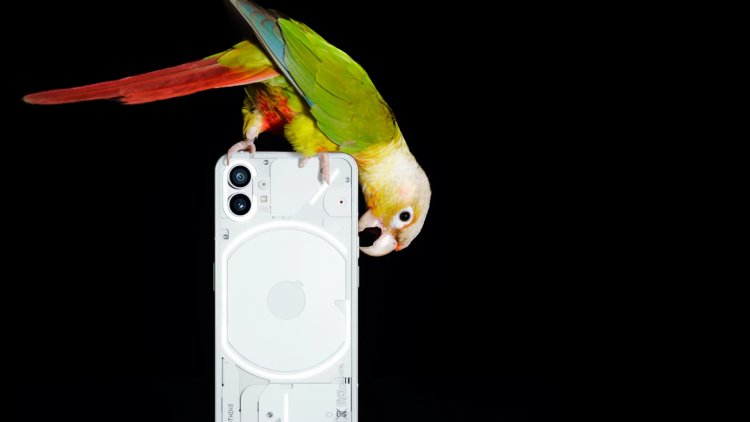 Technology company Nothing, which was started by Carl Pei, the founder of OnePlus, announced the arrival of its first smartphone in March, which should be a direct competitor to Apple's iPhone.

The news excited many smartphone fans, and in order to tickle their imagination, even more, they decided to find out what their phone (1) will look like.

Judging by the published photos, Nothing phone (1) will have a somewhat transparent back. However, it seems that users will only have the opportunity to see the wireless charging coil, while the rest of the device will be "covered".

In the left corner is a dual-camera system, and at the bottom is the Nothing logo. There are also several light strips around the camera and charging coil, which will set the phone apart from other devices on the market. In the end, as noted by the company, it is a device that is " designed with intent, full of warmth and joy ."

A return to instinct.

Tune in on 12 July to hear all about it: https://t.co/FEJL4Jb2Aw pic.twitter.com/5XUbvo8dwZ

The exact specifications are not yet known, but according to rumors, Nothing phone (1) should be powered by Qualcomm Snapdragon 7 Gen 1 SoC and will come with Nothing OS based on Android 12.

Among other features, a 45 W fast charge is mentioned. More details will be known on July 12, when Nothing will officially unveil its first smartphone.