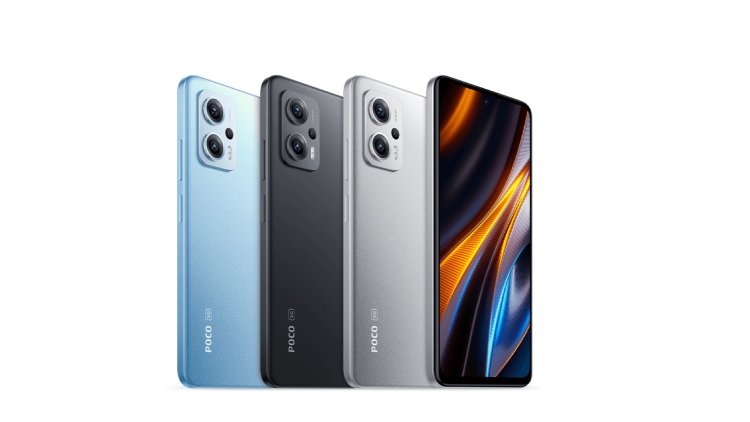 POCO has introduced its new POCO X4 GT smartphone to the world.

Just like with the POCO F4, the design of the new POCO X4 GT model is not original, but the company borrowed the look of the Redmi Note 11T Pro phone, in order to save on device development and bring more affordable prices to customers.

The heart of the new POCO X4 GT phone is the MediaTek Dimensity 8100, an improvement over its predecessor, the X3 GT, which owned the Dimensity 1100.

LiquidCool Technology 2.0 is in charge of cooling, and POCO says that the cooling system has increased by 32% compared to its predecessor.

On the front of the phone, there is a 6.6-inch LCD screen, which refreshes at a speed of as much as 144 Hz, which will make the POCO X4 GT work much faster in its work and especially delight gamers who opt for this model, POCO claims that has increased the touch resolution by as much as 10 times and that the screen supports a billion colors. The 20 MP selfie camera is located in the cutout of the screen.

On the back of the device is a standard system with three cameras, which we usually see on new devices. The main camera has a resolution of 64 MP, and an aperture of f / 1.89, but unlike the POCO F4 model, the images will not be optically stabilized. The 8 MP sensor is in charge of ultra-wide-angle images, and the resolution of the macro camera is 2 MP.

Customers do not have to worry about whether their gaming sessions will be short, because the battery capacity is 5,080 mAh. Just like the F4 model, there is support for fast charging of 67 W via a USB Type-C port, and the device takes 46 minutes to charge to 100%.

The phone is available in three colors - black, silver and blue. There is also support for Bluetooth 5.3, Wi-Fi 6, NFC, and GPS. The fingerprint sensor on the side of the device is responsible for unlocking the phone, and it can also be unlocked by face recognition. Those who have not yet switched to wireless headphones will be pleased with the fact that the headphone jack is present.

Another item that separates the POCO F4 and POCO X4 GT is the configurations in which it comes. Customers of the POCO X4 GT will be able to choose between 128 and 256 GB of UFS 3.1 internal memory, and both configurations come with 8 GB of LPDDR5 RAM.

We have to admit that we like the prices of this model because, for the configuration of 8/128 GB, it is necessary to set aside 379 USD, and for the stronger model, 429 dollars.