Intel’s upcoming graphics processors from the in-house upper and lower class have been spotted once more, but in some cases continue to raise questions. 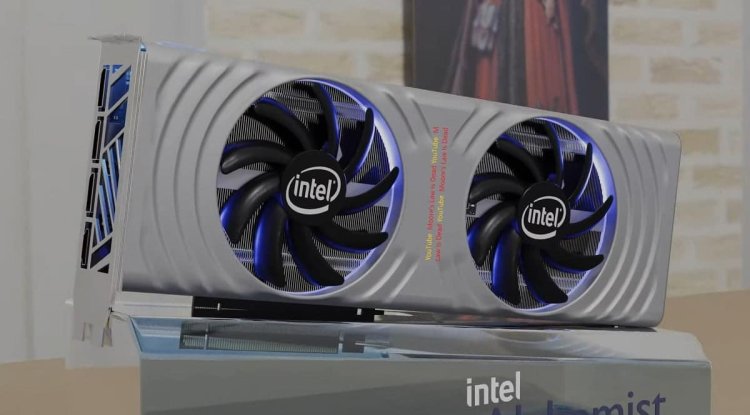 In the well-known Geekbench, a graphics processor called "OpenCL HD Graphics" and "Intel Xe Graphics" with 512 execution units and 12.7 GiB memory as well as a GPU clock frequency of 1,329 MHz has been shown, which according to Videocardz.com is only 63 percent of the maximum frequency of 2,100 MHz.

The desktop graphics cards and mobile GPUs of the "Arc Alchemist" model series based on TSMC's N6 Node, expected for the beginning of next year, will run at higher frequencies - possibly similar to AMD's RDNA2 graphics processors, which are usually more work than 2 GHz.

In the meantime, tests were carried out in conjunction with a six-core Core i5-9600K from Intel's "Coffee Lake" desktop generation as a validation platform are away from launch.

In four of the benchmark runs, the lower-than-expected GPU achieved 69,220, 68,418, 66,603, and 64,964 points, which, according to Geekbench's own performance tables, is close to the Geforce RTX 2060 and slightly above the "Pascal" -based Nvidia Titan XP. The 512EU model of the Arc Alchemist series is said to be equipped with 16 GiB GDDR6 memory, which is why the memory size of 12.7 GiB specified by Geekbench can either not be final or, according to Videocardz.com, simply be wrong.

Intel's upcoming low-end GPU based on the Xe-HPG architecture could meanwhile appear with two or even three different memory configurations, as reported by the usually well-informed YouTube channel "Moore's Law is Dead". The GPU is said to be launched in Dell and Asus laptops in the first quarter of 2022 before debuting in the desktop market.

The desktop version with DG2-128EU-GPU is said to be equipped with 6 GiB GDDR6 memory and a 96-bit memory bus, which is contrary to earlier rumors that this GPU would only be tied to the 64-bit bus. In addition, a trimmed variant for laptops with 4 GiB GDDR6 and 64-bit is planned, while rumor has it that a possible 3 GiB variant is not excluded.

The rumored TDP of 75 watts should be more or less correct, while the price and clock frequency remain unclear. The alleged Arc Alchemist A128 graphics card is supposed to compete with the not yet released GPUs "Navi 24" from AMD (RX 6500/6400 cards) and Nvidia's "GA107" (RTX 3050).

There are currently leaks to three different DG2 GPUs, including 512EU, 384EU, and 128EU variants and even six different configurations of the same: 512EU, 448EU, 384EU, 256EU, 128EU, and 96EU. However, according to Videocardz.com, it is still unclear which variants Intel will bring onto the market specifically for the desktop and mobile market.