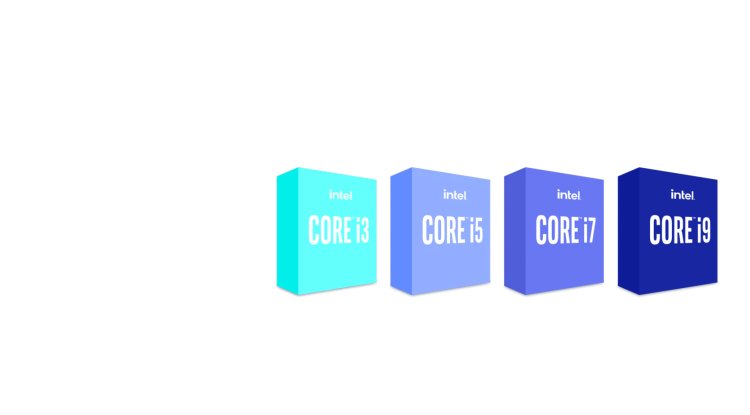 The newest Intel CPU generation, the 12th generation, has only recently gone on sale ( blocked offers in January, and unblocked Alder Lake - in November). Intel, on the other hand, is already working on the next generation of chips. The manufacturer boasted about plans for the coming months, as well as the first information on, among other things, the 14th generation of Intel Meteor Lake CPUs, which is expected to encompass significant changes.

The 13th generation Intel Core will be a slight refreshment

The first large-scale hybrid CPUs geared for the desktop segment were recently released. The Alder Lake-S systems are made up of both the high-performance Golden Cove "P" cores and the energy-efficient Gracemont "E" cores (the "E" cores went only to the CPUs with an unlocked clock multiplier, ie those with the annotation "K").

Intel's strategy may evolve in the coming years, and the layout of chipsets may differ slightly from what we're seeing now. In this regard, the next, 13th generation Raptor Lake, will not bring any significant alterations. The manufacturer stated that it will simply be a minor update to Alder Lake, with additional "E" cores on board.

The top processor in the next series, the Intel Core i9-13900K, will have a total of 24 cores - 8 performance units and 16 energy-saving units - and will be designed using the same 10 nm Intel 7 lithography as the current series.

The chipsets will be backward compatible with previous boards that use 600 series chipsets with the LGA1700 socket, as well as DDR4 memory. Raptor Lake is set to hit stores in the second half of 2022.

In this instance, the next generation will see a lot more changes. First and foremost, the Blues will forgo the 10 nm lithographic technique in favor of the 7 nm method ( Intel 4 ). This type of lithography is expected to increase efficiency by up to 20%.

What's more, the maker intends to use a "plate" construction here, with each disc performing a particular function. The prototype processor's board is made up of four large, high-performance cores and four smaller energy-saving units, as seen in the accompanying graphic in the upper right corner.

Perhaps the manufacturer will design chips with the same number of E and P cores, and subsequent versions will simply have extra CPU boards - of course, this is only a theory.

The pictures also reveal that the graphics chip will be housed on the GFX board. According to Intel employee Raja Koduri, it will not be a standard iGPU like current solutions, and the chip will be referred to as tGPU. The graphics card, which will be embedded in the processor, will be based on the ARC architecture.

The following tiles, SOC Tile and IO Tile will be distinct chipsets (GFX and CPU boards also form one chipset). Surprisingly, the entire CPU will be constructed up of microcircuits created using multiple lithographic methods. The processor core part will be manufactured by Intel, while the GFX will be created by TSMC. Nonetheless, we do not know who will be in charge of creating the IO and SOC portions.

What can we be certain of? That the Meteor Lake series would drop DDR4 memory support and will be incompatible with Z690, B660, and H610 motherboards. The 14th generation of Intel processors will go into production in the second half of this year, with the debut scheduled for 2023.