Intel graphics cards faster than we think? It is possible!

Are you waiting for the premiere of Intel graphics cards? If so, then we have some good news for you - desktop cards may appear earlier than expected. 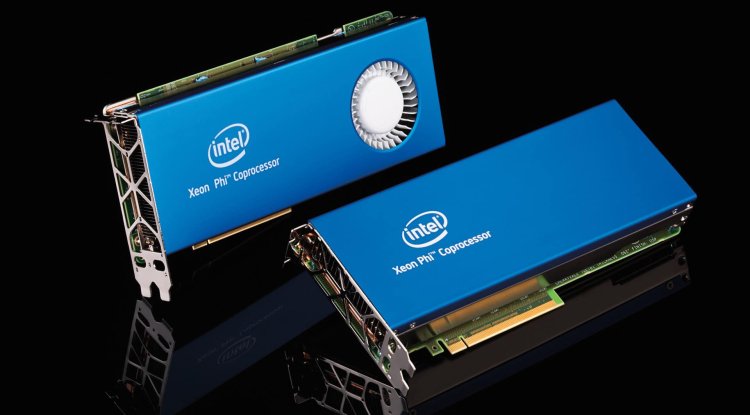 Are you waiting for the premiere of Intel graphics cards? If so, then we have some good news for you - according to the latest leaks, desktop cards may appear earlier than expected.

Intel Arc graphics cards were announced a few months ago, but we are still waiting for the official premiere of the systems. Why is this such an important event? The constructions of the "blue" models will face the Nvidia GeForce and AMD Radeon models, which should increase competition on the market of gaming equipment (and with problems with the availability of equipment it is even more important).

Moore's Law is Dead has revealed a lot of new, unofficial information about Intel cards. The manufacturer is said to be preparing two graphics chips from the Alchemist generation - the DG2 SOC1 core has 512 EU units, and the smaller DG2 SOC2 offers 128 EU units. The systems will be used in cards for desktops and laptops, where they will be configured to a specific specification.

The information on the availability of Alchemist cores is quite disturbing. According to Moore's Law is Dead, Intel has reportedly not yet started mass-producing the cores. Nay! System qualification samples are not to be sent to equipment manufacturers until January.

Intel will fight in the high performance segment

The DG2 SOC2 chip is expected to fill a gap in the entry-level performance segment that was abandoned by Nvidia and AMD (at least for now). According to previous leaks, the basic Intel Arc A380 model is to compete with the GeForce GTX 1650 SUPER card.

The more efficient models based on the DG2 SOC1 core promise to be much more interesting - they are said to compete with the GeForce RTX 3070 card for computers and GeForce RTX 3070 / GeForce RTX 3080 for laptops. There are also plans for cards for workstations (with more video memory capacity - apparently there will be up to 32 GB of VRAM onboard).

However, this is not the end of the revelation! According to Moore's Law is Dead leaks, next year we expect the premiere of Arc Battlemage models that are to compete even in the top performance segment.

The premiere of Intel Arc graphics cards is scheduled for the first quarter of next year. It is true that the manufacturer has not yet disclosed details about the planned models, but the leaks so far suggested an earlier premiere of cards for gaming laptops.

Delaying production can change the manufacturer's strategy. Moore's Law is Dead points out that laptops with Intel cards will not be available until the second quarter of next year. Earlier, however, cards for desktops may appear, which are issued as a separate component and do not require such involvement in the design. We will probably get to know more about Intel Arc cards in early January at CES 2022.