With the Core i5-12490F Black Edition, Intel has a price/performance challenge in its portfolio that is unfortunately limited to the Chinese market. 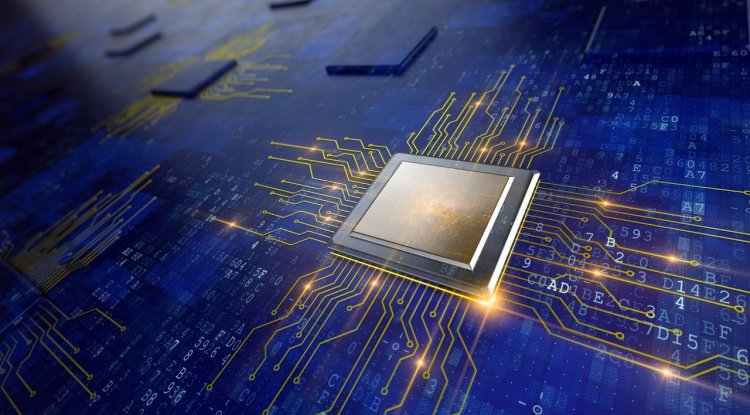 With the Core i5-12490F Black Edition, Intel has a price/performance challenge in its portfolio that is unfortunately limited to the Chinese market and that can potentially even be suppressed from within its own ranks. The Core i5-12490F Black Edition is above all a CPU for enthusiasts who like something more unusual hardware, such as the two Broadwell models or the Core i7-8086K.

In the quite large and separate Chinese market, there is always hardware that did not make it to the West. This is also the case with the Core i5-12490F Black Edition that Intel is selling there. And that's probably pretty fixed, at least that's what synthetic benchmarks suggest. The 400 series at Intel is considered to be the price-performance model for tightly budgeted gamers anyway, and so it is all the more gratifying that the Core i5-12490F Black Edition beats the Core i7-11700K from the previous generation, which is significantly higher in the hierarchy.

As mentioned before, purely synthetic. Depending on the more practical scenario, one or the other result may shift in favor of the older CPU, which has 8 cores and 16 threads instead of 6 cores and 12 threads. The Golden Cove P cores do not get any support from Gracemont E cores here. In addition, the hip lacks the Xe-IGP. The CPU seems to be derived from the Core i5-12500, as it is based on the same clock speeds of 3.0 / 4.6 GHz. However, you have a 20 MiByte L3 cache instead of the 18 MiByte of the presumed godfather.

Also worth reading: What does the processor ranking say about Core i5-12400F

The important question arises about the price because that is where the Core i5-12490F Black Edition stands or falls. In the People's Republic of China, the model is offered for 1,620 RMB, which is converted at the current rate and without taking tax scenarios into account is 250 dollars. The street price could drop over time, making the CPU relatively attractive, because a Core i7-11700K is much more expensive at 350 dollars and the Ryzen 5 5600X costs 300 dollars. This means that the China exclusivity remains, which entails importation for all those who would like to have an extraordinary CPU in their computer that cannot be found on every corner of the US. Simpler methods such as an Alibaba order are currently not possible because the CPU is not listed there individually. The more daring can try their luck at jd.com. Depending on the price development and test results, the China model is also threatened with the potentially even more attractive offer of the Core i5-12400 (F).

Unfortunately, it looks like we won't ever be able to purchase this in the US, but on Newegg, you can find Core i5-12400F for 180 dollars.