Joe Henderson reveals how Lucifer was supposed to end (VIDEO)

Netflix's fiction has already come to an end after five years, six seasons, and many ups and downs. How have the cast members taken it? 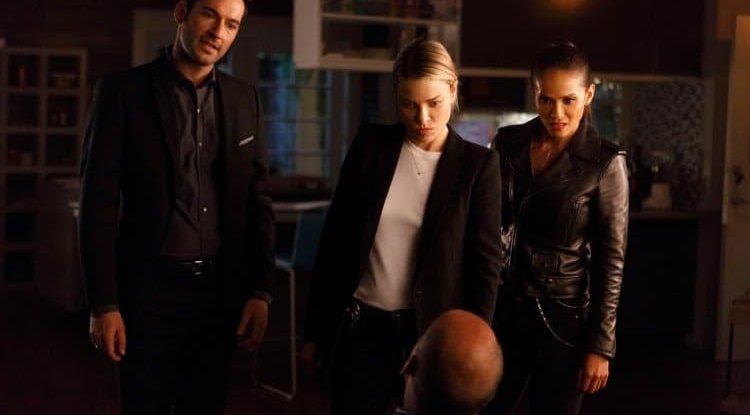 Lucifer season 6  is now available on Netflix, which means Tom Ellis fans have already had to say goodbye to their adventures. It has been a bittersweet ending because the leading couple did not end as the viewers expected, but, at least, the trajectory of the fallen angel has lasted one more installment than it was expected - it was going to end with the fifth season.

The 'showrunners'  Joe Henderson and  Ildy Modrovich had prepared everything to put an end to it in May 2021, when the season that was going to be the last was released on the streaming platform. Shortly after, Netflix decided to extend it for ten more episodes and they changed plans. Mind you, Henderson and Modrovich have always maintained that what happens in season five is what they had planned from the beginning. They had to modify very few details and now, with the outcome already available, they have revealed to TVLine what those changes consisted of.

Henderson goes on to explain that both plots were kept in the background of the series, but now they have had the opportunity to explore it in a more leisurely way. "All of those elements were still there and honestly one of the wonders of season 6 was that we got one more storyline. We were putting too much stuff in the epilogue, in a way that we were excited about, but now we have been able to dramatize those moments. "

In this way, they have been able to introduce some frames that they had not previously been able to. For example, the arrival of Rory ( Brianna Hildebrand ), the daughter of Lucifer and Chloe. "Being able to bring Rory was also a godsend - someone could say a blessing from Amenadiel - because that really helped us find a way to dramatize it and find a way to deepen Lucifer and Chloe's relationship in a single ending. ".

Lucifer has already come to an end, but you can enjoy all six of its seasons on Netflix.