The concept is a very simple game: there are jumps, a few spatial puzzles and fights. The tempo is good and all this is trying to change in the right rhythm. 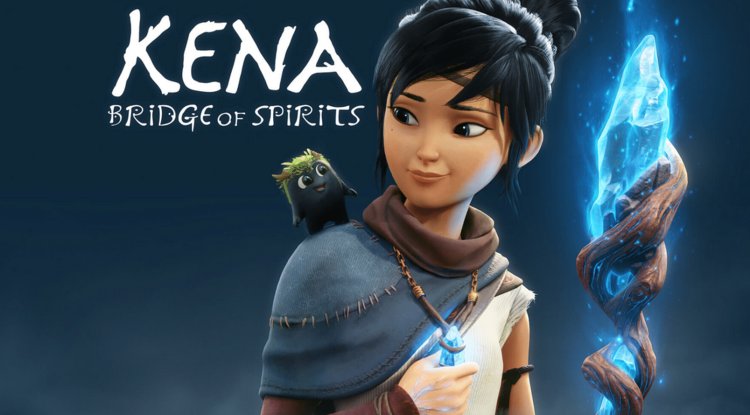 Numerous games use ghosts, but rare games delve into the theme of spirituality. Kena: Bridge of Spirits is one of those rare games and therefore a pleasant refreshment. The title heroine Ken has the ability to communicate with the ghosts of the deceased and uses it to accompany the ghosts to the next stage of their existence. The spirits of people who tragically leave this world retain negative emotions and refuse to leave earthly existence, and this is where Ken intervenes… by beating their corrupt forms with his stick.

Kena doesn’t have a deep story and more drama stems from what happened than what happens during the game. However, the game sends valuable messages that you should be able to agree with no matter what theism you belong to. Ken beautifully recounts the importance of forgiving oneself and that good deeds can outlive human existence. There are also interesting critiques of man’s (mis) understanding of nature, through messages about the importance of natural cycles and warnings that come with not accepting them. All in all - a nice plot worth hearing and seeing.

A less impressive part of the story is Ken himself. As a character, she does not have a strong role in the plot itself. You only know a good part of the game that its goal is to reach the sacred mountain. He hides his true motivation until the very end and the player, together with his opponents, constantly asks himself: what is Ken looking for? In the end, her interest is so weak that it seems like a missed opportunity. Kena is a nice character by the way, but here she is - she has a very tense connection with the world she is saving.

A more interesting story has a little creature named Roth, who helps Kenny in her adventure. You can easily sense their role in the story in the second half and that is the best part of the narrative. These creatures have no names and do not speak, and yet they are more intriguing than Ken. Personally, I hoped it would be the other way around: I came because of Ken, and I stayed because of Roth.

Kena: Bridge of Spirits is the work of an independent team and this can be seen in the gameplay structure. The concept is a very simple game: there are jumps, a few spatial puzzles and fights. The tempo is good and all this is trying to change in the right rhythm. However, the mechanics of the gameplay itself are too repetitive. Every clearing of the road and the end of the fight is basically the same - send Roths to the target and a spiritual explosion or arrow to it. It is only in the second half of the game that something a little different in the form of bombs appears, but even that quickly becomes repetitive. Even the structure of the story is always the same: help the ghost by finding his three objects - all three times because we have three ghosts.

It’s hard for Kenny to complain about the gameplay except for the frequent repetition of things. Both the struggle and the research here work quite solidly. I have to admit that the fight is atypically challenging and requires a lot of archery targeting, so it makes sense to carefully explore every corner of the environment to gather as many Rots as possible and unlock more advanced moves for Ken. The only thing is that the structure of the game is quite linear. Although the world is partially open here, there is no bypassing the enemy, but you fight whenever the game wants it and in no other way. There is no special outwitting with opponents because they appear only when you appear at a certain location, it is not that you can jump them.

The game lasts approximately 7-8 hours, about ten if you dedicate yourself to collecting Rots in more detail. It’s a decent amount of time for one pass, unfortunately without a significant incentive to play again because the only extra weight is unlocked at the end. Personally, I would have preferred Kena to have run shorter and had fewer repetitions in gameplay and something like the New Game + option.

Towards the end of the game, the opponents become more and more interesting, especially in boss battles, after which my fists often hurt. But the road to that is quite archaic in terms of design, so Ken often acts as a game from twenty years ago. It’s not necessarily a bad thing and sometimes games like this are relaxing because you don’t have a folder with hundreds of questionnaires. It’s just a shame that Ken doesn’t stand out in the gameplay.

The situation with the presentation of the game is completely opposite. Kena is above all a wonderful game. While not aiming for a realistic portrayal, at times it seemed to me that the look of the environment was on par with high-budget hits. The animation is top-notch and the Ember Labs studio could easily create animated films. Tones never overdo it with rich colors, and they make the most sense to create cute characters with glazed eyes. The coordination of played and directed shots is also good, so the transition to directed animation is more noticeable in the number of frames per second than in the quality of the graphic display.

On the PlayStation 5 where smooth 60 fps is achieved in performance mode with fewer slowdowns during cut-scenes. There is another performance mode in native 4K resolution, but for some reason, the response of the controls in that mode was horrible to me - it would take almost half a second for the character to execute the command after pressing the button. I have never encountered such a bad input lag in a game, but fortunately, it only appears in that fidelity mode. When performed at 60 fps, everything is most normal.

When it comes to controls, we have to mention that Ken has the best use of adaptive triggers for bow targeting so far. The one at AstroBot was cool, but stretching the bow in Kenya is the real thing. The way the R2 / right trigger behaves while drawing an arrow is truly phenomenal. It is practically pressed under the resistance of the “voice” like a bow that bends! I couldn’t believe that sound wasn’t coming from the controller’s own speaker but was produced by a button.

Speaking of sound, I have praise for that part of the game as well. The effects in the environment are very “sharp” and are most pronounced when using headphones. It often happened to me that in the game I heard a sound that seemed to come “outside the headphones”, as if it was produced by something next to me, and something I don’t experience very often. The music is also fantastic, whether it’s relaxing tunes with an “exotic” undertone while exploring the environment, or epic orchestrations that make the boss battles in Kenna as tense as many other games.

When all of the above is in the same cauldron, Kena has a recipe for an adventure worth experiencing. You probably won’t remember this adventure for the gameplay as much as for the story or the presentation, but you may be really thirsty for a game that is old-fashioned in the best possible outfit.

In case Ken grows into a series, I’d love to see a more complex protagonist (this way Senui can’t even hold a candle) and more creative risks in combat, let’s say the environment is more important in battles. There is definitely potential and I would like someone to come to Kenny with that statement: “Another settlement needs your help.”

Life is Strange: True Colors is a technical mess on the PlayStation 5