In the new featurette of the film, we see several of the main actors of ' Eternals ' presenting their characters and their powers. 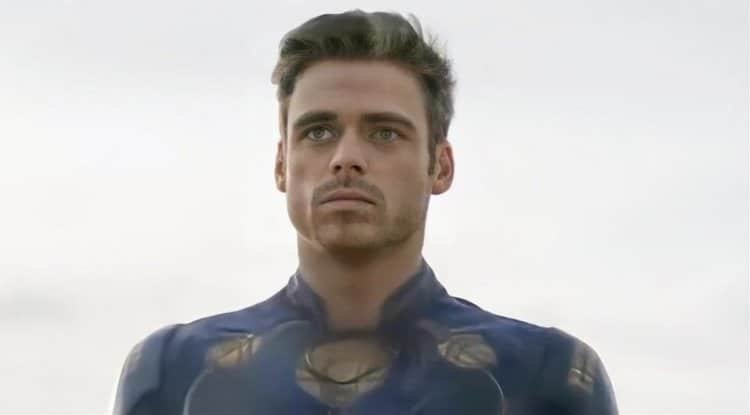 In the new episode of the film, we see several of the main actors of ' Eternals ' presenting their characters and their powers. Among them, Gemma Chan, who plays Sersi in the film and is in a relationship with Ikaris ( Richard Madden ).  The actors who also appear are Angelina Jolie, Brian Tyree Henry, Lauren Ridloff, and Kumail Nanjiani, among others.

We have Angelina talking about Thena: "She's the goddess of war, and she can make different weapons manifest, which was a lot of fun. " Salma Hayek introduces Ajak as the leader of the Eternals, who also has healing powers. Gemma Chan tells that Sersi can manipulate matter and that she has been with Ikaris for five millennia.

For his part, Richard Madden defines his character as a "loyal soldier" and we see his scene in which Phastos' son mistakes him for Superman. Kumail Nanjiani defines the film as "the most epic film that Marvel has made. "

The similarity between Ikaris and Superman

The resemblance between Ikaris and Superman's powers has not gone unnoticed. Nate Moore, the producer of 'Eternals', has already spoken about it, claiming that it was difficult for the cosmic rays of Madden's character not to resemble those of the DC hero on screen.

As for the actor's opinion about his character, the one who was the protagonist of ' Game of Thrones ' says that he could have the necessary qualities to lead the Avengers, although he considers that it is too early to know.