Although MediaTek already showed this processor last November, it is now when the announcement is official with all the details of the Dimensity 9000 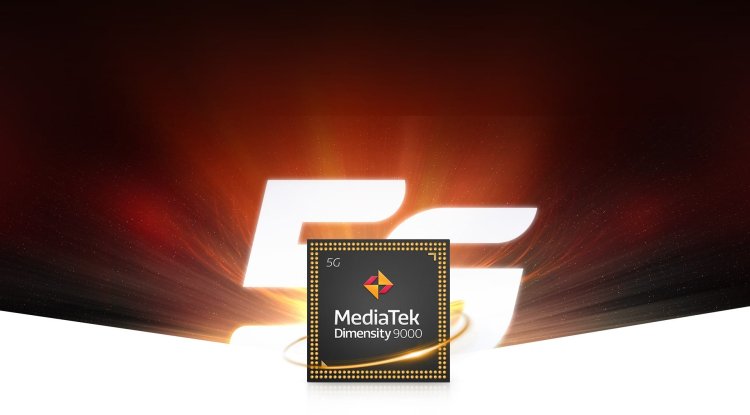 Although MediaTek already showed this processor last November, it is now when the announcement is official with all the details of the Dimensity 9000 manufactured at 4 nanometers at the TSMC facilities (TSMC N4 process).

The Dimensity 9000 arrives to compete directly with the new Snapdragon 8 Gen 1, an SoC with which it shares its core architecture, offering a high-performance ARM Cortex-X2 core at 3.05 GHz, a group of three Cortex-A710 cores at 2,85 GHz, and a group of 4 high-efficiency ARM Cortex-A510 cores.

In total, we have 8 cores divided into two groups of 3 and 4 cores in big.LITTLE architecture and the most powerful Cortex-X2 independent core. All with a caching system combined with CPU L3, GPU cache, APU cache, and SLC cache.

The MediaTek Dimensity 9000 supports LPDDR5X memory up to 7,500 Mbps with 20% lower power efficiency than the previous generation LPDDR5. It supports high-speed UFS 3.1 storage.

The graphics part is carried out by an ARM Mali-G710 MC10 GPU, being the first SoC in the world to integrate it. This GPU is combined with the HyperEngine 5.0 engine geared towards gaming with technologies such as Super Resolution with AI, WiFi acceleration in games, Raytracing in Vulkan with the first SDK for Android and VRS with AI acceleration.

In addition, the integrated multi-core MediaTek APU 590 includes the fifth generation of the company's AI processor, with a clear focus on multimedia acceleration in playback and capture of photos and videos, in addition to gaming and pure processing to accompany the GPU and also to the ISP.

Said ISP is the Mediatek Imagiq 790, a new generation of image processors that claim to be the first with triple 18-bit recording with HDR. In other words, it allows you to take three different frames from three cameras with three different exposures to achieve a high dynamic range image or video.

It also breaks records by being the first ISP to support 320 Megapixel cameras. In addition, it is capable of 2x lossless native zooms and AI acceleration in 4K HDR photography and video. In terms of video capture, it stays at a maximum of 4K at 3,840 x 2,160 pixels and does not seem to be capable of recording 8K like its main competitor. Regarding the supported codecs, we have H.264 and HEVC (H.265) for recording and playback of H.264, HEVC (H.265), VP-9, and AV1.

The Dimensity 9000 will also support displays with frequencies up to 180 Hz in Full HD + resolution and up to 144 Hz in WHQD + resolution. In addition, it is capable of transferring 4K video at 60 FPS with HDR10 + over WiFI.

5G, WiFi 6E and pioneer in support for Bluetooth 5.3

Regarding the connectivity part, we have support for Wi-FI 6E and it is a pioneer in offering Bluetooth 5.3 on smartphones. Naturally, it supports 5G with an integrated modem that boasts 7 Gbps download and 3GPP Release-16 technology to improve performance in the sub-6 GHz band.

All this applies an Opensource philosophy to allow developers and manufacturers to take full advantage of the 5G technologies that they implement in the SoC.

We will have to wait to see comparisons of the Dimensity 9000, but at least on paper, it seems that it will be a tough rival for Qualcomm's Snapdragon 8 Gen 1 and will put MediaTek in the fight to be among the most cutting-edge smartphones of the year 2022 in the higher end.