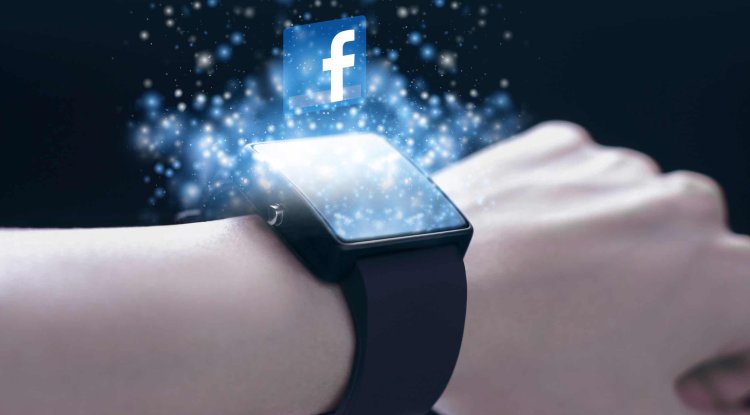 Last year, Facebook released rumors that the company was thinking about a smartwatch. With the “transfer” of Facebook to the Meta company, these rumors were reactivated and now, for the first time, they bring the first display of a “sketch” of a smartwatch. The special feature of the Facebook smartwatch is that it will be presented in two designs: square and circular (of course it is a screen). Their arrival (presentation) is expected in the summer.

The social network Facebook, or “Meta” as it is now called, has not only “thrown” into the development of VR (Metaverse) of an increasingly represented segment of today, but is also working on other hardware and software solutions.

One of them is certainly the smartwatch that has been discussed before, but we have never had the opportunity to see photos or sketches. Today, that will change as we bring you for the first time sketches showing the design and features of the Facebook smartwatch.

The key features by which the Facebook smartwatch will supposedly be different, but the competition has a detachable screen and even three built-in cameras within the smartwatch. Let’s say the associated renders bring a display of two models (designs). One is with a square screen (like the Apple Watch) while the other brings a circular design like the Samsung Galaxy Watch and Huawei Watch models have.

Just a model with a circular design would have a rotating circle somewhat similar to the Samsung Galaxy Watch model, but not the same features as Samsung. Unfortunately, we will have to wait some more time to have more information available.

For now, it is known that the rotating feature will navigate through the Facebook smartwatch interface, while in the case of a square model, navigating the interface will be workable via a sliding interface.

The folding screen is mentioned in terms of the ability to open the screen, so you will get a much larger area for playing content and all the information that has reached the smartwatch.

Whether it is a square or round screen, both models will have, as we said, three camera lenses: a macro camera, a telephoto camera and a wide-angle camera. For now, it is not known, or it is not known what these cameras will be used for besides security and video calls, or whether they will have any additional features.

Rumors say that the magnets would hold both screens and they would be in charge of keeping the smartwatch on the user’s hand. This means that the classic way of putting on and taking off a smartwatch (belt) can be forgotten with the Facebook smartwatch.

The Facebook smartwatch will reportedly work (have support) for virtual reality (VR and AR). Of course, it is said that there will be support for other VR hardware such as the Oculus Rift.

As is usually the case, a smartwatch would also have all the features that other smartwatches have and timekeeping will also be available. These are applications that aim to monitor user activities, whether they are at rest (sleeping) or activities (walking, running, swimming). They will all be represented on the Facebook smartwatch.

And quite common smartwatch sensors like heart rate sensors, measurements and others will also be represented on the Facebook smartwatch. It is not yet known which mobile platform Facebook will implement within its smartwatches, whether it will be Google WearOS or Facebook or Meta will create their own mobile operating system.

The smartwatch will be made of stainless steel and rumors say that during the summer Meta will present their smartwatch (two models - square and circular screen layout).

The colors in which the Facebook/ Meta smartwatch will be available are: black, white and gold. The question of price is not available, but we are confident that it will monitor the prices of current models of well-known (available) manufacturers in the current market.